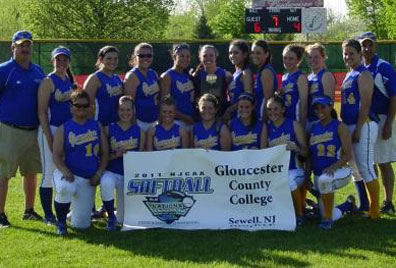 STARKVILLE, Miss. – The coaches of 2011 National Champion Gloucester County has been names as this year’s NFCA NJCAA Division III National Coaching Staff of the Year, the Association announced on Monday.

Head coach Steve DePasquale and assistant Mark Enders led the Roadrunners to a 49-5 record in 2011 and the program’s first-ever national title.

After finishing first in Region XIX in the regular season, Gloucester County advanced to its second NJCAA Division III Championship by winning the region crown. Once at the national tournament, the Roadrunners cruised by the competition and won the tournament in four straight games.

Gloucester was led this season by Louisville Slugger/NFCA Division III All-Americans Katie Trotter, Caitlyn Pipolo and Lindsey Sampolski. In the circle for the Roadrunners, Trotter was near unbeatable after going 1-81 with a 1.90 ERA and 110 strikeouts. Offensively for Gloucester, Pipolo hit .529 with 28 RBIs while Sampolski stole eight bases and batted .439.

This award marks the fist time the DePasquale and his staff have won national honors, having only previously earned regional honors in 2000 and 2006, before they were no longer awarded at the NJCAA Division III level.