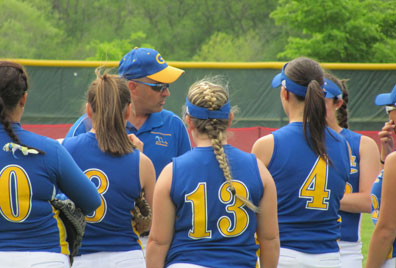 STARKVILLE, Miss. – The coaches of 2012 National Champion Gloucester County have been named as this year’s NJCAA Division III National Coaching Staff of the Year, the Association announced on Friday.

Head coach Steve DePasquale and assistant Mark Enders led the Roadrunners to a 49-5 record in 2012 and the program’s second consecutive national title.

Helping lead Gloucester this season was pitcher Kristina Morgan. Morgan helped pilot her team to its second consecutive title even after losing sight in one of her eyes in December. She ended the season with a record of 18-3 to go along with a 1.13 ERA and 117 strikeouts.

This marks the second consecutive year that DePasquale and his staff have won national honors. The coaches at Gloucester had also previously earned regional honors in 2000 and 2006, before they were no longer awarded at the NJCAA Division III level.