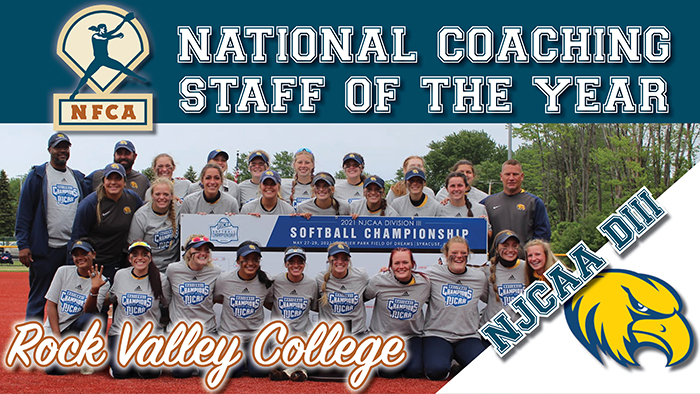 Monroe, along with assistant coaches D.J. Johnson and Vivi Marquez, guided the Golden Eagles to a 51-7 mark and a dominant run through the national tournament. Continuing their own record for most consecutive national titles across all three NJCAA divisions, RVC outscored the opposition, 57-3, including a 13-2 victory over Corning Community College in the title game.

Monroe, the eight-time Region IV Coach of the Year, just completed his ninth season at the helm. He boasts a 439-85 (.838) record and has led RVC to eight straight N4C championships.