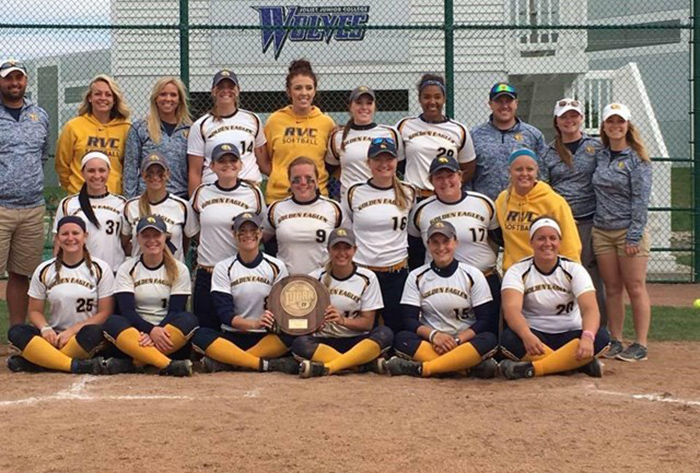 Powered by a five-run sixth-inning, Rock Valley rallied from a 4-0 deficit to win the 2016 NJCAA DIII title with a 5-4 triumph over Herkimer County Community College. The Golden Eagles one-run victory was capped off by Taylor Carlson’s two-out, two run single as they defeated HCCC for the third straight year in the championship game. RVC is only the second school to win three straight NJCAA DIII titles since the NJCAA moved to three divisions in 1997.

The Golden Eagles swept through the national tournament with a 4-0 record, which started with a 9-0 triumph over Suffolk County Community College in the opening round, followed by a 7-0 shutout of Onondaga Community College. RVC reached the title game with a 7-3 victory over Herkimer.

RVC won 26 of its final 27 contests, which included a run to its fourth straight N4C Conference and Region IV titles. The only defeat during this stretch was during a doubleheader split with then-No. 8 (NJCAA DII) Kankakee Community College. In addition, Monroe earned his 200th career win in the Region IV tournament opener against Harper College.