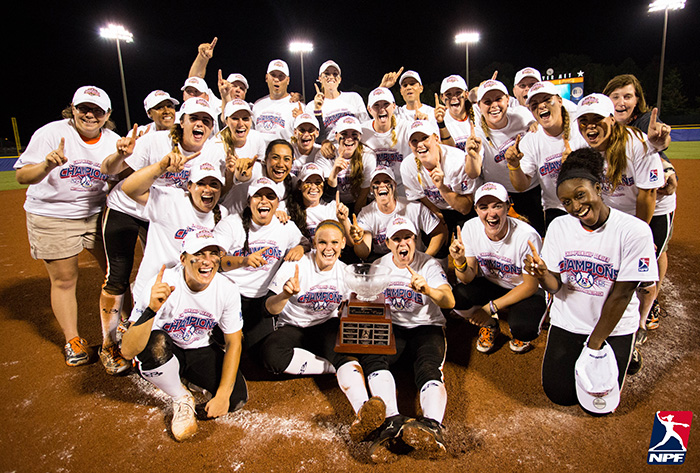 The on-air talent for the 2016 broadcast season will include veteran announcers Eric Collins handling play-by-play duties and Barbara Jordan as the color analyst. Casey Carter will lead the NPF crew as producer and John Tackett will return as director. NPF telecasts are produced by NPF Media LLC in conjunction with Orlando-based Guenther Productions.

As the primary cable television home of NPF, CBS Sports Network will air more than 50 hours of original, live event coverage throughout the summer. That coverage will include the NPF College Draft presented by Bownet in the spring, followed by 23 games of regular-season competition, a Championship Series Preview Special, and the majority of the 2016 NPF Championship Series.

The 2016 schedule on CBS Sports Network leads off on Thursday, April 14 with the NPF College Draft presented by Bownet, live from the CMA Theatre at the Country Music Hall of Fame & Museum in Nashville. The regular-season coverage begins June 20 at 8:00 p.m. ET from McKinney, Texas with the Dallas Charge hosting the Akron Racers.

Coverage will culminate with the NPF 2016 Championship Series at Rhoads Stadium in Tuscaloosa, Ala., August 19-23. The entire 2016 CBS Sports Network schedule is included below.