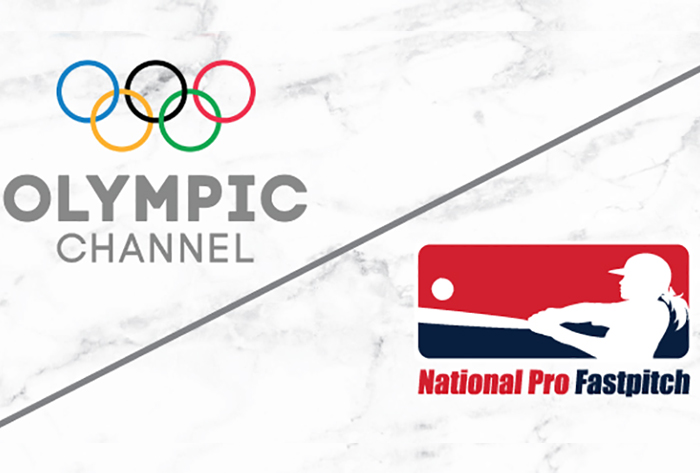 Launched in August 2016, the Olympic Channel is a multi-platform destination where fans can experience the power of sport and the excitement of the Olympic Games all year round, and is available worldwide via mobile apps for Android and iOS devices and at olympicchannel.com

“We are excited to work with National Pro Fastpitch and bring additional exposure to their sport and athletes who represent many countries,” said Mark Parkman, general manager of the Olympic Channel. “The worldwide appeal of fastpitch softball is a great fit for our worldwide platform and youthful demographic as we look ahead to the sport of softball being re-introduced at the Olympic Games Tokyo 2020.”

“This is a terrific opportunity for the NPF to share our live 2017 competition action with a worldwide audience that is likely not familiar with the league,” commented NPF Commissioner, Cheri Kempf. “Through the games and the original content pieces, we hope to impress and inspire new softball fans from around the world. This serves our overall mission to continue to grow interest and participation in the sport of professional softball.”

The game schedule includes action from all six NPF teams and is spread throughout the span of the 2017 regular season.