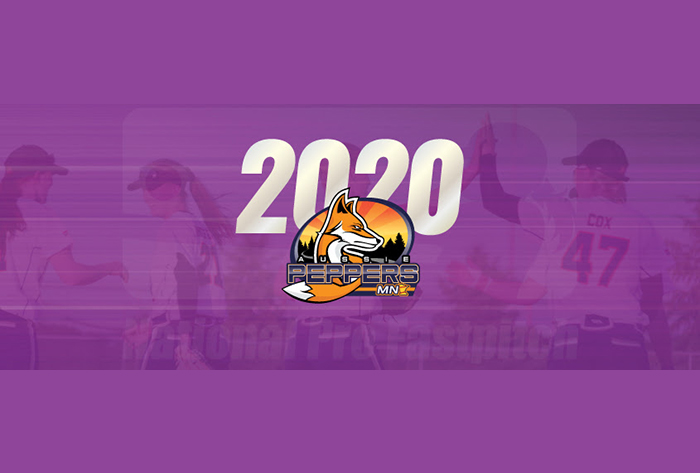 NASHVILLE, Tenn. – National Pro Fastpitch (NPF) announced the Travelodge Aussie Spirit squad, known in the NPF as the Aussie Peppers of Minnesota, will not be able to participate in the 2020 season of NPF competition due to the COVID-19 pandemic.

The pandemic, along with current restrictions on international travel, has made it impossible to plan for a timeline of sending Australian athletes overseas to compete in the NPF competition.

“Although we are disappointed, we regard our players health and safety as paramount to all else and understand the current global pandemic of Covid-19 makes the participation of Softball Australia as the Aussie Peppers, impossible for 2020,” commented NPF Commissioner, Cheri Kempf.  “We look forward to the future – 2021 and beyond – when we will all compete together again.”

“We’re disappointed not to be competing for the Aussie Peppers of Minnesota in the NPF in 2020,” said David Pryles, Chief Executive Officer at Softball Australia. “The Peppers organization and the City of Mankato were incredibly welcoming and accommodating in 2019 and we have no doubt we would’ve received the same reception in 2020, however, the safety of our athletes must be a priority in this uncertain period. That, and the strict travel restrictions put in place by the Australian Federal Government has forced our hand into not sending the Travelodge Aussie Spirit squad to the NPF.”

The Aussie Peppers were scheduled to lead off the their third NPF season on June 2nd, 2020. It would have been the second season for the team to compete as the Aussie Peppers based out of Mankato, Minn.. A 20-plus game season was set to lead Softball Australia to the doorstep of the Tokyo 2020 Olympic Games, where it was slated to compete for an Olympic medal among the tight, six-team field.

With the current delay in Olympic competition, the Aussies, along with five other Olympic qualified teams, will pursue their quest for Olympic gold on July 23, 2021 as announced by the International Olympic Committee.

The Travelodge Aussie Spirit will continue to train as best they can under government guidelines and are in regular contact with the Softball Australia High Performance team.

NPF announced a delay to the 2020 season in March which was originally scheduled to begin April 10. The league plans to update 2020 scheduling plans for its 17th season on May 1.