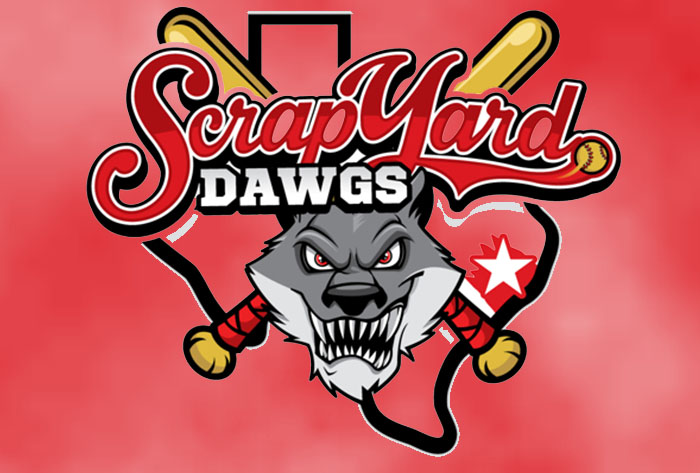 The Woodlands, Texas – The Scrap Yard Dawgs announced that Javier “Jav” Vela and Tripp MacKay have signed as co-head coaches for the Dawgs Inaugural Season, the organization announced on Tuesday.
Jav Vela of Tomball, Texas will be returning to the NPF after an eight-year absence. Coach Vela recently retired from a 21-year stint as the head softball coach at Klein Oak High School where he led the 1998 Panthers to the Class 5A Texas State Championship. Along with his impressive career at Klein Oak, Vela was a five-year coach in the National Pro Fastpitch League with the Houston and Rockford Thunder (2004-2008) spending four of those years as the head coach of the program.
“Jav has been around the game for a long time, and coached some of the elite players that came out of Houston,” said former Rockford Thunder pitcher and Olympic gold medalist, Cat Osterman. “He knows the game, learns his players and makes playing for him fun no matter what level. I was blessed to play for him in Rockford as I started my pro career. He made the transition smooth and was a player’s coach. I have nothing but great memories of playing for Jav.”
“It’s an honor and a privilege to coach this team, and I want to thank the Dawgs organization for this opportunity” said Vela. “Hopefully we will have a great summer and win a few games.”
With the Thunder, Vela had an overall record of 98-89. His best season with The Thunder came in 2005, which was also his first at the helm, as he led the team to a final record of 35-12. Vela also had four 20-win seasons and two postseason appearances during his tenure, including leading the team to the NPF Championship Game in 2007.
“Jav is a great choice to lead the Dawgs” says USA Women’s Softball Olympic Gold Medal Coach and eight-time National Championship Coach at Arizona, Mike Candrea. “He will bring a strong passion for the game and a competitive spirit second to none!”
Joining Coach Vela will be former Oklahoma Sooner assistant coach, Tripp MacKay. During his time at OU, MacKay was responsible for working with the outfielders and the Sooners’ offense. Coach MacKay has had great success as a hitting coach, which can be seen in the records of the Oklahoma offense. The Sooners reached the postseason in all eight of his seasons on staff, including winning the NCAA Division 1 National Championship in 2013. Along with the National Championship, the Sooners won five Big 12 Regular Season Titles (’09, ’12, ’13, ’14, ’15) as well as two conference tournament championships (’07 and ’10).
“I am very excited to be a part of the inaugural season with the Scrap Yard Dawgs” said MacKay. “I am proud to be a part of the Dawgs coaching staff and look forward to competing at the highest level. I want to thank the Dawgs for this great opportunity. I look forward to working with professional athletes and to help grow the sport of softball.”
After the 2013 season and taking home the national title, MacKay and the OU coaches were named the NFCA National Coaching Staff of the Year. During his eight years as an assistant, the Sooners set program single-season records for batting average, on-base percentage, slugging percentage, runs scored, home runs and walks. Also MacKay’s instruction, Lauren Chamberlain set the all-time NCAA career home run record with 95 and Shelby Pendley is ranked fifth in the all-time NCAA career home run record books with 85.
“I think Tripp will have great success leading the Scrap Yard Dawgs because of his knowledge and experience working with some of the best athletes to have ever played the game” said Oklahoma head coach, Patty Gasso. “His style will resonate with the pro-athlete and I wish him well as he helps jumpstart the Dawgs to be immediate contenders."
“We are so fortunate to be able to have Coach Vela and Coach MacKay lead the Dawgs in their inaugural season,” said general manager, Kevin Shelton. “Coach Vela is well respected and brings invaluable experience to a new squad. He will be an important steadying hand. Coach MacKay is very technically sound and one of the best teachers in the game today. The combination will help the Dawgs get off to a fast start in 2016.”
-- Courtesy of the NPF