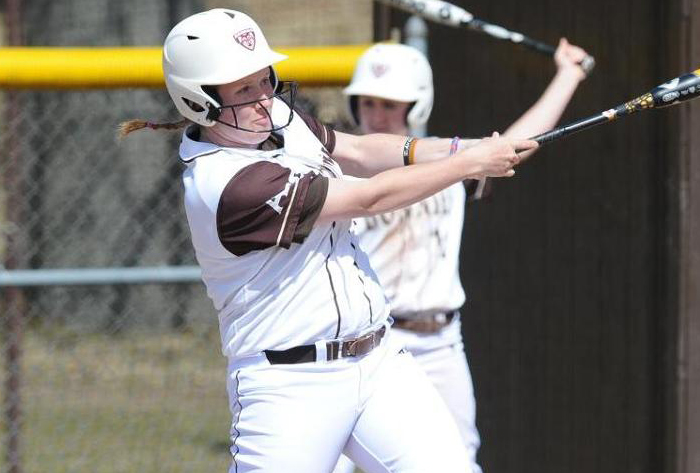 entered her final days as a college student with a lot on her mind – school, potential job prospects and a full schedule as part of the St. Bonaventure University softball team.

A few months ago, she could have never imagined temporarily putting some of those things on hold to help potentially save the life of a complete stranger.

Sinclair, a native of Cortland, N.Y., received a call from the Be The Match National Marrow Donor Program last October notifying her that she was a match for someone in need of a bone marrow transplant. Like many of her teammates, she had a cheek swab done to identify potential donors when the Be The Match registry program visited campus last February. She never thought she would turn out to be that match someone was waiting for, however.

"You never think that if you put your name in you will be the one chosen," Sinclair said. "It was a wave of emotions. You can never plan to get a call like that."

Be The Match helps patients fighting blood cancers, forming a community of donors to help patients receive the life-saving marrow or cord blood transplant they need. According to Be The Match data, 70 percent of patients do not have a donor in their family and therefore rely on those who are willing to donate through the program. The organization facilitated nearly 6,300 transplants in 2014. Only one out of every 540 Be The Match registry members in the United States actually go on to donate to a patient.

With the potential to be someone's match now a reality, Sinclair found out exactly what that entailed. If she decided to move forward, she would undergo a surgical procedure to extract bone marrow from her pelvic bone to go toward the patient in need.

And to consent to an often painful procedure, she would know little more about the person she was donating to other than that it was a female patient – the Be The Match program remains completely anonymous.

Further, there was also her softball career to consider. Set to enter her senior season with the Bonnies, Sinclair enjoyed her best year last spring. She helped lead the Bonnies to their first Atlantic 10 Tournament appearance since 2008 by hitting .303, pacing the team in doubles, home runs and slugging percentage.

After the initial shock wore off, though, the choice was easy.

"At first I thought about softball and school and everything I have going on," she said. "I wondered how this would impact my senior year. After I thought about it, I knew that there wasn't anything going on in my life that was more important than helping this girl potentially live longer. Once I realized that, I knew nothing would stop me from doing this."

Sinclair underwent additional testing to make sure that she was indeed a perfect match and that she was healthy enough herself to move forward. Finally, in mid-November, she received word that she was eligible as a perfect donor match. Her surgery was set for January in Rochester. After having her marrow removed, she would then need to take a blood transfusion due to blood loss following the procedure.

"The doctors and nurses were great, I was just very tired afterward," she recalled.

Weeks later, she continues her recovery – as spring practices have begun, she still tires easily, though is regaining her stamina by the day.

"I knew that it would impact softball, I just didn't know how drastically," she said. "We didn't know exactly how I would feel after surgery. My teammates and coaches were really understanding and super supportive. They've been behind me through the whole process."

Those who know her aren't surprised at her act of ultimate generosity.

"When she came to me about this last year, I told her to do whatever she had to do," St. Bonaventure head coach Mike Threehouse said. "We didn't know if it would be during the season, or when it would happen. The amazing thing about Katie is she has shared herself with her teammates from the day she came in. She's going above and beyond what the normal person would do. She's a great representation of what St. Bonaventure and our softball program is all about."

A three-year starter for the Bonnies, Sinclair hopes to be ready to play her familiar position of first base when St. Bonaventure begins its season in February. When she does get back on the softball field, she will have a new perspective.

"As a student-athlete we sometimes take for granted the ability to play the sport that we love. I realized that not everyone has the chance to do those things," she said.

Sinclair still has precious few details of the person to whom she may have given a new lease on life to. Through the Be The Match program, details on patients remain anonymous even after donation.

"She's still a stranger to me," Sinclair said.

A year after the surgery, both parties may give consent to pass on information to each other through a Be The Match coordinator. Until then, Sinclair can only hope that her sacrifice will help someone else enjoy some of the things many of us take for granted.

"You never know when or how you will be able to impact someone's life," she said. "I knew that if I was in that position and needed this, I would want someone to be generous enough to donate to me. I hope this helps this person live the life that she loves."

The public can join the Be The Match registry online at BeTheMatch.org.