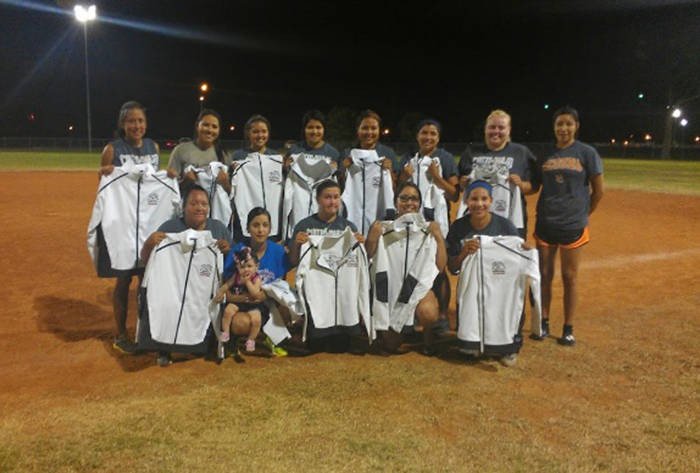 OKLAHOMA CITY - The Amateur Softball Association (ASA) of America/USA Softball is excited to welcome participants of the 63rd Annual All-Indian Fastpitch Tournament to the ASA Hall of Fame Stadium at OGE Energy Field this weekend. This prestigious event is one of the oldest fastpitch tournaments held in the United States. Games tonight at the ASA Hall of Fame Complex and will continue through Sunday. Additional games will also be played at D-Bat SportsPlex just a few miles away.

Teams will gather this weekend to compete for the title State Champion. Oklahoma Native Softball hopes that you can come enjoy a weekend of competitive fastpitch softball. For more information, call Lisa Smith-Logan at (405) 609-9929.

Admission to 63rd Annual All-Indian Fastpitch Tournament will be $3 per day. All tickets will be sold at the gate. No outside food or drink will be allowed into the Complex.

About ASA/USA Softball
Founded in 1933, the Amateur Softball Association (ASA)/USA Softball is the National Governing Body Softball in the United States and a member of the United States Olympic Committee. One of the nation’s largest sports organizations, ASA/USA Softball sanctions competition in every state through a network of 74 local associations and has grown from a few hundred teams in the early days to over 165,000 teams today, representing a membership of more than 2.5 million.  ASA/USA is responsible for training, equipping and promoting the six USA Softball National Teams that compete in international and domestic competitions. The USA Softball Women’s National Team is one of only two women’s sports involved in the Olympic movement to capture three consecutive gold medals at the Olympic Games since 1996. The U.S. women have also won nine World Championship titles as well as claimed eight World Cup of Softball titles. For more information about ASA/USA Softball, please visit http://www.asausasoftball.com/