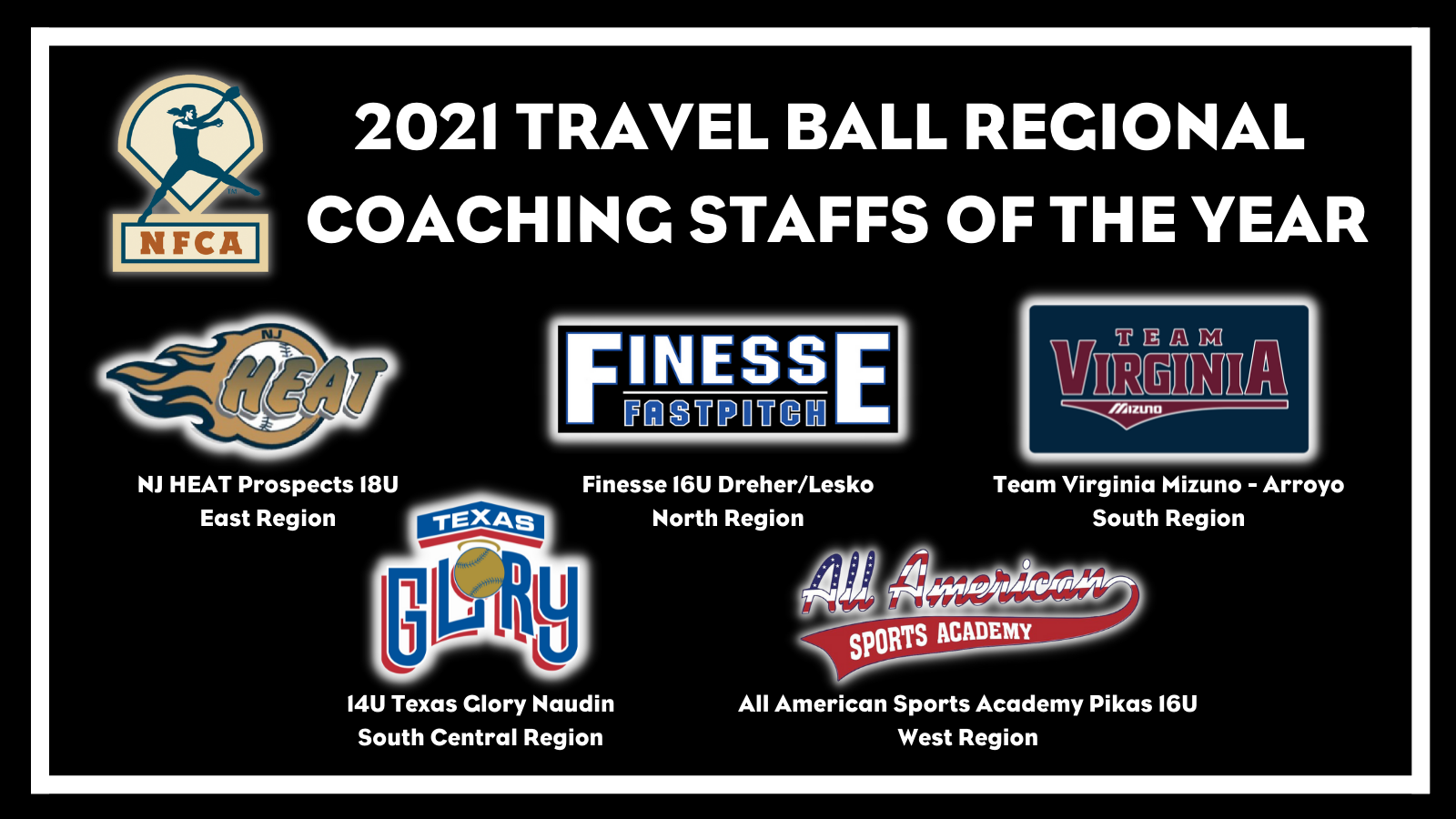 LOUISVILLE, Ky. – Five travel ball programs were selected by their peers as the NFCA Regional Coaching Staffs of the Year, the Association announced on Tuesday.

Carried a roster of 12 in 2021 with nine graduating high school and playing at the college of their choice with the other three entering their senior years … Instilled several core values into the squad, including a strong work ethic and punctuality, while also teaching players to be coaches on the field, as catchers called pitches and field players called defenses …  Posted several top-four finishes in summer showcases, including USA Softball state qualifier.

Regarded as one of the most consistent and well-respected coaches in the state of Virginia … Played an integral part in assisting several student-athletes fulfill their dream of playing collegiate softball, while also preparing them to become leaders on and off the field ... Roster is made of homegrown talent and great pride is taken in teaching fundamental softball ... Received at-large berths to compete at USA ELITE SELECT World Fastpitch Championships and PGF Nationals ... Won bracket at Glory's Strike Out Cancer Invitational ... Student-athletes take pride in their work off the field, posting a 4.0 GPA.

Registered a 52-13-3 record in 2021 and captured the organization’s first-ever PGF National Championship… Posted an unblemished 11-0 mark at PGF Nationals … Took home the PGF Memorial Day tournament title and earned a championship berth at the Alliance Nationals … Went 3-1-1 at Pro Swings Elite 50 and 8-3 (two losses coming against tourney champ Bombers-McCorkle) at Fireworks Elite 50 … Ranked seventh in the Alliance Pacific Coast League standings with three wins over higher-ranked teams … Captured victories over the No. 8, 16, 22 and 37 ranked teams in the Extra Innings Final.