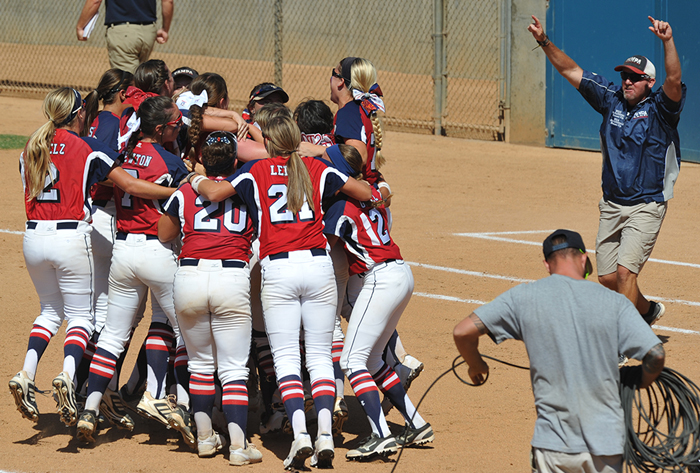 Goelz and his staff guided the Tampa Mustangs to a 2015 PGF 16U Premier championship. The Mustangs dropped their first game of the tournament, but reeled off 12 consecutive wins against some of the toughest competition in the country to claim the title. In addition to the numerous big tournament victories, state and national championships, the Mustangs excelled in the classroom and garnered several coaches and sportsmanship accolades. Along the way, the program has helped 13 players to Division I verbal commitments and three more to Division II programs.

The commitment to local talent has helped the program grow. The up and coming 12U squad is ranked No. 1 in Florida and 25th nationally according to Flosoftball. Along with the 2015 PGF title, the Mustangs, through two age groups (14 & 16U), reached three championship games the past three seasons.

For their work this season, Goelz, Toler, Misit and Davis, who are all volunteers, also garnered the NFCA South Region Travel Ball Coaching Staff of the Year accolade.

2015 NFCA Regional Coaching Staff of the Year winners for this season were:

The coaching staff for Rollin Thunder Gold is not there just to win tournaments, but they also put a great emphasis on academics. They work with the student-athletes to maintain a 3.0 grade point average, ensure the SAT/ACT is taken and complete the NCAA Clearinghouse. During practice, they teach the game of softball so the athletes can be successful at the next level, which led to the 2015 graduating class receiving five NCAA softball scholarships, one for Division I and four for Division II. In addition, players are afforded the opportunity participate in the best college showcases in the country and attend three recruiting camps.

18U Premier Champion at PGF National Championships… Second in 18U U.S. Club Rankings, including at tie for first in the ballot points.