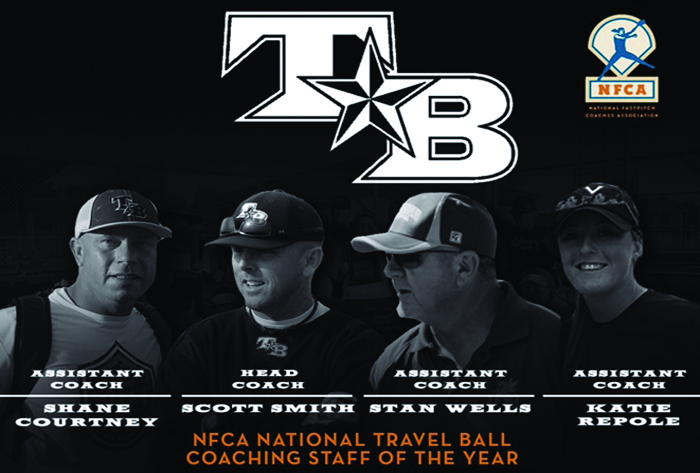 LOUISVILLE, Ky. –  For their efforts in guiding the 16U Gold squad to a championship at ASA Nationals, the Texas Bombers coaching staff was named the 2016 NFCA Travel Ball National Coaching Staff of the Year.

Led by head coach Scott Smith, who picked up his 1,000th victory this summer, and assistants Stan Wells, Katie Repole and Shane Courtney, the Bombers defeated the Kanas City Originals, 12-3 in the title game to finish 9-0 and as the only undefeated team in the 34-team field. Additionally, the Bombers captured the Texas State championship and finished fifth and ninth at the Colorado Sparker Power Pool 32 and ASA Junior Olympic Cup, respectively. Posting a 33-3 summer mark, the team climbed to their current No. 3 national ranking.

The Bombers were the South Central Region’s Coaching Staff of the Year, joining the 18U Gold staff, who earned the regional accolade last year.