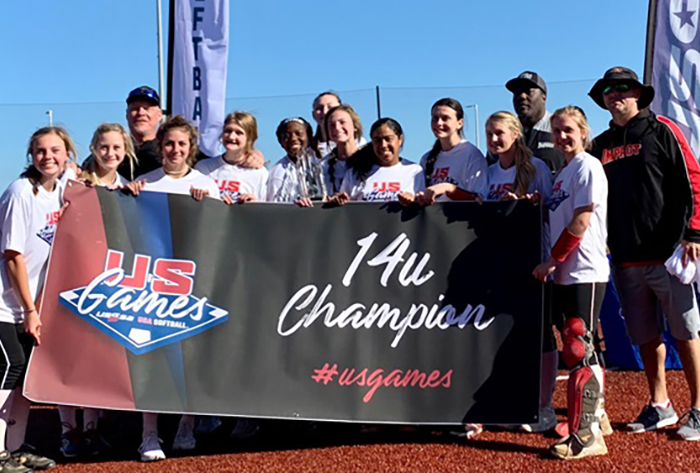 VIERA, FLA. — Georgia Impact Premier 05-Lewis in the 14-Under division, and OC Batbusters-Garcia in the 12-Under division, were crowned champions of the inaugural U.S. Games, co-hosted by USA Softball and USSSA. Taking place January 18-20 at USSSA Space Coast Complex, each division consisted of six teams competing in pool play to determine seeding in the championship brackets. The brackets played in double elimination fashion with a best-of-three format for the championship matchups.

Georgia Impact Premier 05-Lewis lost just once and allowed only one team to score in pool play on its way to the 14U championship. Roaring out of the gate to a 12-0 victory against Tulsa Elite 05, Georgia Impact Premier 05-Lewis continued to gain momentum with wins against SFL Diamond Dusters-Perantoni and Gold Coast Hurricanes, respectively, to earn the top seed and first-round bye.

Gold Coast Hurricanes-Viruet placed third in the 12U division and Tulsa Elite 05 claimed third place in the 14U division.