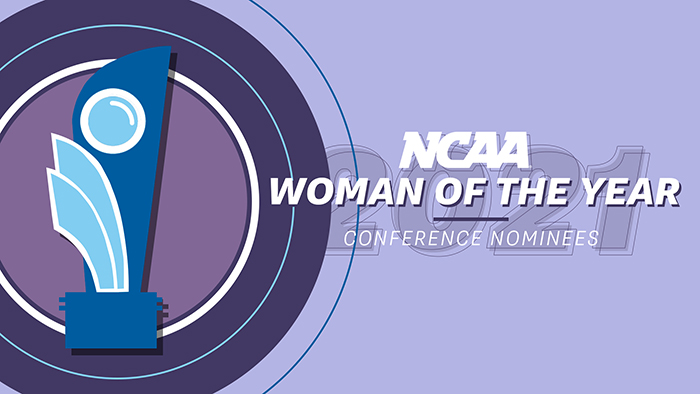 Fifteen softball student-athletes have been named conference-level nominees for the 2021 NCAA Woman of the Year Award.

From 535 school nominees, 154 college athletes are now eligible for the award that is rooted in Title IX and recognizes graduating female college athletes who have exhausted their NCAA eligibility and distinguished themselves in academics, athletics, service and leadership throughout their collegiate careers.

Conferences can recognize two nominees if at least one is a woman of color or international student-athlete. All nominees who compete in a sport not sponsored by their school's primary conference, as well as associate conference nominees and independent nominees, were placed in a separate pool to be considered by a selection committee. Three nominees from the pool were selected to move forward in the process with the conference nominees.

The Woman of the Year Selection Committee, made up of representatives from the NCAA membership, will now choose the Top 30 honorees — 10 from each division — from the conference-level nominees. The Top 30 honorees will be announced in September. The selection committee will determine the top three honorees in each division from the Top 30, and the nine finalists will be announced this fall. From those nine finalists, the NCAA Committee on Women's Athletics then will choose the 2021 NCAA Woman of the Year.