HitTrax renews as an Official Sponsor 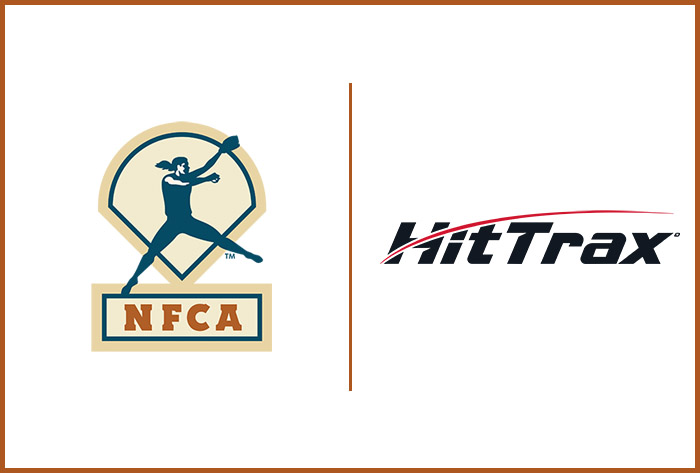 LOUISVILLE, Ky. - The NFCA is thrilled to announce HitTrax has renewed as an Official Sponsor. HitTrax signed a multi-year contract and will continue its focus on the NFCA’s National Convention attendees, highlighted by the annual “HitTrax Presents: Home Run Derby with the Pros (and Coaches).”

“We are thrilled to continue our partnership with the NFCA!” said Tom Stepsis, HitTrax Co-Founder & Director. “As we celebrate the 10th year of HitTrax being on the market, we reflect on the strong relationships that have supported our growth, and the organizations that continue to find innovative ways to utilize our platform to reach their athletes.”

Its presence at the annual Convention’s Exhibit Show features the virtual Home Run Derby, a group of professional players and collegiate coaches squaring off in a batting cage. It will also be providing education during Convention programming or in the Exhibit Show Batting Cage (varies each year), as well as getting in front of attendees with a Quick Pitch.

"We are elated to have HitTrax continue as an Official Sponsor,” said NFCA Executive Director Carol Bruggeman. “As products in the technology space become more readily available within our sport, HitTrax continues to establish themselves as industry leaders. They create products that provide relevant feedback to players and coaches which can lead to enhanced on-field performance. Tom Stepsis, Elena Bowman, and the HitTrax team are a dynamic, innovative group and committed to the sport of softball. We appreciate their support of the NFCA."

New to its educational content, HitTrax will provide all NFCA Camp attendees with RISR app information in attendee confirmation letters and on-site.

“This relationship has been a cornerstone for us, as the NFCA’s tremendous educational platform has facilitated so many learning opportunities for coaches to further embrace and leverage data & technology within their programs,” said Elena Bowman, HitTrax Director of Softball. “We look forward to continuing our work alongside the NFCA to provide the best possible services and products to the fastpitch community, now and in the years to come.”

HitTrax is the premier baseball/softball data capture and simulation system that provides the powerful combination of performance data and entertainment value.

The NFCA (National Fastpitch Coaches Association) is the professional organization for fastpitch softball coaches. Known for its vast  library of digital education, the NFCA also educates and supports softball coaches on a variety of different levels: from podcasts to an extensive Awards & Scholarships platform, to NFCA Webinars and a National Convention.