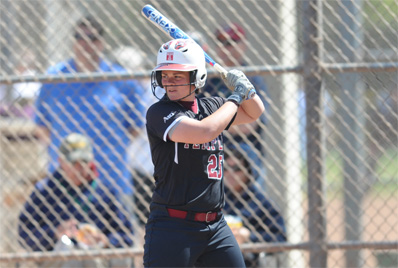 LOUISVILLE, Ky. – A week full of impressive performances around the nation made it too difficult to settle on just one as the best as Hofstra’s Olivia Galati and Temple’s Stephanie Pasquale have been selected as Louisville Slugger/NFCA Division I Co-National Players of the Week for April 9.

Galati, a native of West Babylon, N.Y., registered a 4-1 overall record with a 0.19 ERA and 62 strikeouts over 36 innings of work to go along with a save, two no-hitters (one of those a perfect game) and four shutouts while also hitting .333 at the plate with four runs scored and three RBIs. The senior pitcher tossed a no-hitter during a win over Marist (1-0, April 4) before improving on that effort by firing a perfect game in the opener of a doubleheader against Drexel (13-0 in 6 inn., April 7).  During her perfecto, Galati struck out the first 10 batters she faced in the match-up. For the year, she currently guides the Pride pitching staff with a 21-9 record, a 1.77 ERA and 240 strikeouts over 190.1 innings of work.

"It's a tremendous honor to be recognized as national Co-Player of the Week," Galati said. "With so many great players, it's fantastic just to be considered. The award is great, but it would not be possible without the support of my coaches and teammates."

Pasquale hit a ridiculous .682 (15-for-22) overall with three walks, four doubles, five HR’s and 21 RBIs on her way to being tabbed as the Atlantic 10 Player of the Week. The Pompton Lakes, N.J., product hit safely in six total contests against Lafayette, Wagner and St. Bonaventure with her most impressive effort coming in the opener against the Bonnies. During that April 7th contest, she was a perfect 4-for-4 at the dish with four runs scored, three HR’s and six RBIs, eventually going 9-for-9 during the doubleheader versus St. Bonaventure with four HR’s and 11 total RBIs. Pasquale leads Temple in virtually every major offensive category including batting average (.485), doubles (15), HR’s (10), total bases (93), slugging percentage (.939) and on-base percentage (.527). With her weekly efforts she also established new Owl single-season and career records for RBIs.

"This is a great honor,” Pasquale said. “I didn't feel like I had a good season last year, so it feels nice to be turning that around. It's just an honor to get recognized."

Hofstra ventures back to action on Thurs., April 11, in a single home contest versus St. John’s while Temple returns to the diamond on Tues., April 9, by hosting St. Joseph’s in a doubleheader.

2013 Louisville Slugger Division I National Player of the Week