Indianapolis Maintains Its Hold on No. 1 in the Final NFCA Division II Regular-Season Poll 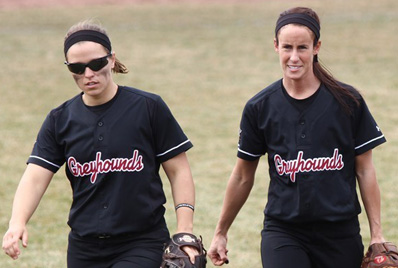 LOUISVILLE, Ky. – Five different teams picked up first-place votes in this week’s NFCA Division II softball rankings, but Indianapolis (50-6) reaped the most, receiving nine top nods from the voting committee to remain at No. 1 for the sixth consecutive week.

The Greyhounds were just 2-2 at last week’s Great Lakes Valley Conference Tournament, picking up victories over St. Joseph’s (9-0 in 6 inn.) and Lewis (8-2) before suffering back-to-back shutout defeats to Missouri-St. Louis (0-1) and Lewis (0-2).

Southeastern Oklahoma State (44-7) remained at No. 2 while receiving a pair of first-place votes. The Savage Storm was idle this past week following its title run through the Great American Conference Tournament. Valdosta State (41-10) also nabbed two selections for the top spot, improving a slot to third after winning its fifth-straight Gulf South Conference crown. Armstrong Atlantic (36-7-1) garnered one first-place vote and Humboldt State (47-12) a pair in holding down the fourth and fifth positions, respectively.