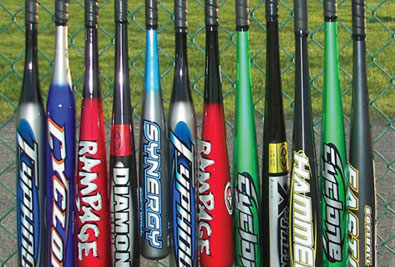 INDIANAPOLIS, Ind. - The NCAA has released penalties for use of an illegal bat during Division I postseason competition.
The Division I Softball Committee proposed the penalties to the NCAA Division I Championships/Sports Management Cabinet in February and the following was approved:

Institutions that allow a bat that (a) has not undergone a pre-competition postseason Barrel Compression Test (BCT); (b) has not passed the BCT; or (c) was not on the most current 2011 NCAA Approved Softball Bat List, into a game during the NCAA postseason (regional, super regional or Women’s College World Series) will face the following penalties:

All bats anticipated to be used during each round of the NCAA Division I postseason will be tested on site immediately prior to the round (no limit on the number of bats a team may have tested). In addition, umpires will evaluate bats to be sure the model is on the 2011 NCAA Approved Softball Bat List and that the bats are suitable for play (no cracks, rattles, etc.).

NCAA softball rules indicate that head coaches are responsible for the equipment used in a contest, and the NCAA encourages coaches to (a) take every opportunity to test bats during the regular season; (b) make sure all bats to be used during postseason competition are tested during postseason testing; and (c) only use bats that are on the most current 2011 NCAA Approved Softball Bat List.

To see the NCAA memorandum and Illegal Bat Penalties Q&A that was sent to Division I coaches and administrators, click here.