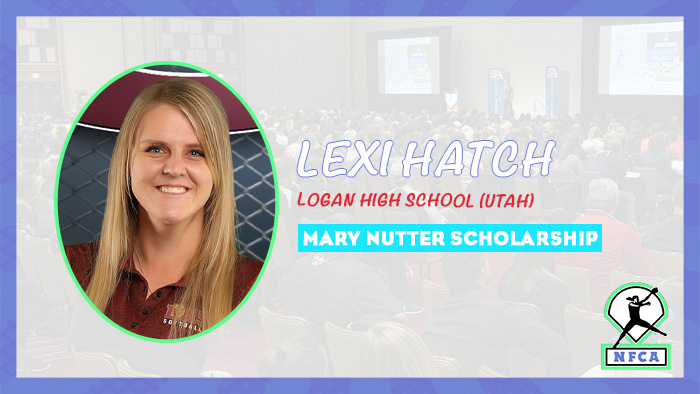 Hatch is in her second year as Logan’s head coach and serves on the NFCA’s High School All-Region/All-America Committee. Prior to joining the prep ranks, Hatch ran the city of Logan’s recreational and competitive fastpitch programs, along with adult slowpitch.

During that time, she led the transition of the recreational league from slowpitch to fastpitch, while also holding free fastpitch clinics for Cache Valley, Utah with 150 attendees the past four years. Hatch’s goal is to continue expanding the softball programs throughout Cache Valley and is working with four other cities to strengthen their recreational leagues.

“I attended the  2020 NFCA Coaches Clinic in Portland, Ore. and absolutely fell in love with the NFCA,” said Hatch. “Since becoming a member, I have consumed everything the NFCA has to offer and immediately got involved by joining the All-Region/All-America Committee, where I have enjoyed learning from and working with all the other members. I would love the opportunity to attend the NFCA Convention and put my everything into softball.”