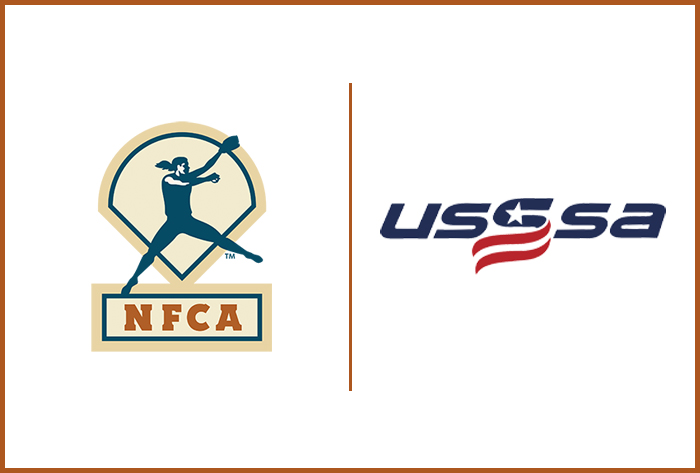 has renewed with the NFCA, the Association announced on Thursday. Signing a multi-year contract, USSSA continues as the title sponsor for the NFCA Coaching Tools package.

"USSSA is extremely excited to renew our sponsorship with NFCA through 2024,” said Ryan Highfill, National Director of USSSA Fastpitch. “Both organizations share a common goal in promoting the sport of Fastpitch and growing the game from the grassroots level all the way to the professional game. USSSA has had a very successful partnership with NFCA over the years and we look forward to continued mutual success."

The NFCA Coaching Tools presented by USSSA is a game-changing exclusive annual benefits package to high school, travel ball and youth members. A brand-new package, and seventh overall, will be available at the end of January and focus on practice planning.

"We are excited to have USSSA continue as an NFCA Official Sponsor,” said NFCA Executive Director Carol Bruggeman. “It is a first-class organization committed to providing quality experiences for softball student-athletes. As the title sponsor of our Coaching Tools package, USSSA shows its support for coach's education, which assists coaches in their professional growth and enhances the overall student-athlete experience. We look forward to working with Donny DeDonatis III, Ryan Highfill, and the talented USSSA team to continue to grow the sport."

Founded in 1968 and headquartered in Viera, Florida, USSSA is the world’s largest multisport athletic organization, with more than 4.5 million participants of all ages and skill levels competing all over America in 13 sports, including baseball, fastpitch and slow-pitch softball, basketball, soccer, flag football and tae kwon do.