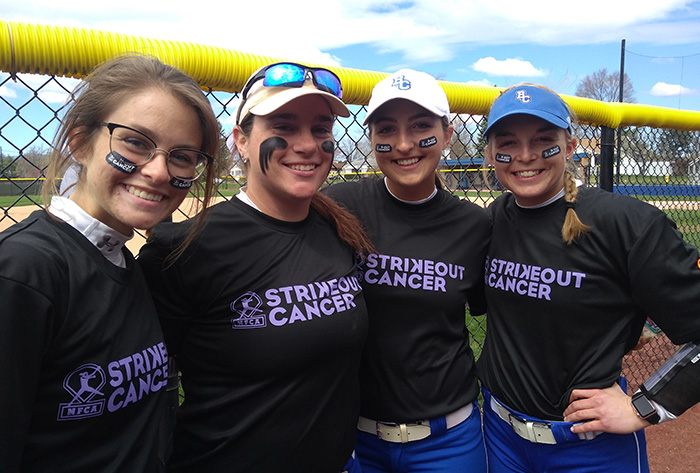 LOUISVILLE, Ky. — NFCA members have once again banded together in the fight against cancer, raising $380,633 in support of the Association and American Cancer Society’s annual StrikeOut Cancer initiative.

The University of Michigan was the top fundraiser overall, collecting $130,416.12. The Wolverines’ efforts coincide with their annual Michigan Softball Academy. Growing significantly each year in the fight against cancer, the Softball Academy is a combination of an adults-only softball clinic at the University’s Wilpon Complex and a silent auction at the Junge Family Champions Center.

Since partnering with the American Cancer Society and its Making Strides Against Breast Cancer effort in 2007, head coach Carol Hutchins and her Wolverines have raised over $1 million to support breast cancer research and outreach, becoming the first women’s collegiate team to reach that mark.

Glory founder and president Suzy Willemssen hosted the annual Glory Strikeout Cancer Invitational, which topped all travel ball and youth fundraisers for the second straight year. All net proceeds from the event go to Children’s National and will directly help children in their fight to survive cancer. 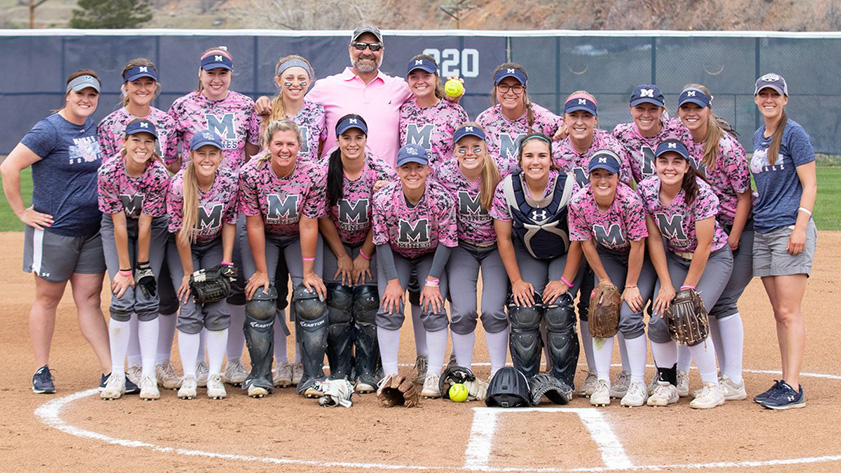 The Marlins’ annual fundraiser, spearheaded by head coach Brandon Elliott, was held in conjunction with the school’s Spring Alumni Weekend. In 2019, head coach Charlie Dobbins and his William Peace softball squad teamed up with the Pediatric Brain Tumor Foundation Vs. Cancer program to raise awareness and funds for local children with cancer.

Numerous other schools either raised money or awareness by hosting a single event or by coordinating a season-long campaign to battle cancer. The schools that registered with the NFCA were entitled to a special package of StrikeOut Cancer items, which included NFCA StrikeOut Cancer eye black, tattoos, wristbands and more.

In 2019, the NFCA’s New Jersey High School Leadoff Classic was found in honor of the late Immaculate Heart Academy head coach and 2019 NFCA Hall of Fame inductee Anthony LaRezza. The proceeds of the tournament went to cancer-stricken children through Tackle Kids Cancer.