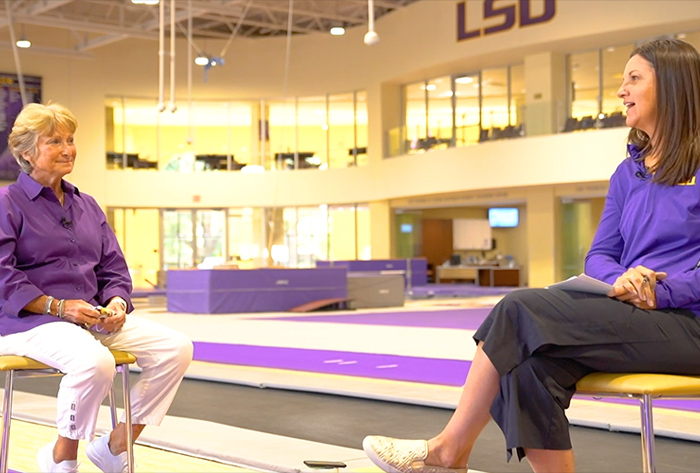 LOUISVILLE, Ky. – A highly-successful and well-received NFCA Virtual Convention wrapped up on Friday with another full day of education, live sessions and Exhibit Show traffic. Highlighting day three was the live Softball Summit, a second live mentoring session, live Hall of Fame panel and the announcement of the 2021 Hall of Fame Class.

Over the course of three days, over 1,470 attendees from around the world enjoyed over 100 speakers, 70-plus sessions, 26 of which were live, and an Exhibit Show featuring 73 companies. One benefit of the virtual experience was attendees could and can still watch content on their own schedules, as it is available for the next 30 days. Additionally, select live sessions will be made available on-demand after the Convention has concluded.

Capping off the Convention were two live sessions – Hall of Fame panel and Mentoring Session. Panelists included in the discussion were Cindy Bristow (2001), Mike Candrea (1996), Donna Fields (2020), Kris Herman (2020), Les Stuedeman (2014), George Wares (2007), and Linda Wells (1991). At the conclusion of the panel, NFCA Vice President for Awards Pat Conlan announced former Creighton head coach Mary Higgins and current University of Wisconsin-Eau Claire head coach Leslie Huntington as the Association’s 2021 Hall of Fame class. The duo will be inducted, along with the 2020 class, next year in Las Vegas.

During the live Softball Summit, attendees heard from USA Softball Executive Director Craig Cress and the NFCA Board of Directors, while also participating in discussions about roster management, eligibility extensions, recruiting & technology during the pandemic, and student-athlete surveys.

Cress shared the finished product of USA Softball Hall of Fame Stadium’s upgrades and revealed the creation of the High-Performance Program, that is a pipeline to the USA Softball National Team Program. He also added that Tokyo is working very hard to put together a safe and exciting Olympics in 2021.

The NFCA Divisional Board representatives shared their hot topics from their respective groups and caucuses. Topics ranged from COVID-19 adjustments to Cal JC playoff selections to NCAA and NAIA Championship updates to the NJCAA/NFCA membership partnership that increased the NJCAA’s Association membership numbers from 45 percent to 87 percent.

The NFCA’s Emeriti coaches gathered in the afternoon for a 3 p.m. coffee hour during which retired head coaches shared their stories from years past.

The Down the Hallway series wrapped up with two more conversations. Florida’s Tim Walton sat down with head volleyball coach Mary Wise, the architect of one of the most storied NCAA Division I programs, while LSU’s Beth Torina returns and was joined by recently-retired head gymnastics head coach and two-time national coach of the year D-D Breaux.