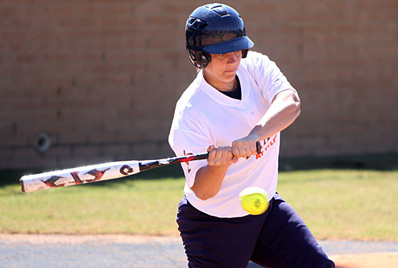 LOUISVILLE, Ky. – After spending a majority of the 2013 season at the top of the NFCA Division III Top 25 poll, Montclair State (33-1) stumbled this week, losing a game to Kean University and allowing voters the chance to grant a share of the No. 1 ranking to UT Tyler (38-2) in this week’s Top 25.

Climbing five positions to come in at No. 16 is Christopher Newport (32-11). Virginia Wesleyan (34-6) echoed the CNU improvement by moving from No. 22 to No. 17 in this week’s poll. Illinois Wesleyan (26-7), who went from receiving votes and being unranked last week, claimed the No. 18 position. Lynchburg (30-9) fell three spots this week to land at No. 19. Previously ranked at No. 24, Texas Lutheran moved up four spots to round out the top 20.

The team experiencing the largest drop in this week’s poll was Roanoke (29-10) which plummeted from No. 12 all the way out of the latest rankings. Previous-No. 23 Chapman and No. 20 The College of New Jersey also dropped out of this week’s rating.

The NFCA Top 25 poll is voted on by a committee of eight NCAA Division III softball coaches representing the eight NCAA softball regions. Voting results reflect the previous week’s performances ending with the Sunday of the respective week’s poll.