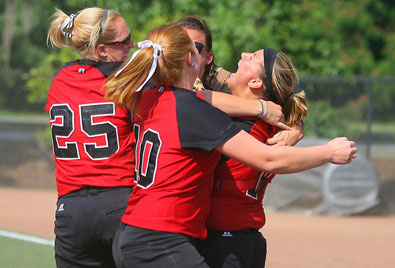 STARKVILLE, Miss. – Valdosta State garnered nine of 16 first place votes to remain the No. 1 team in the nation in the latest NFCA Division II Top 25 poll that was released by the Association on Wednesday.
The Blazers (2-0) held on to the top spot, despite being idle on the week. However, No. 2 Angelo State is closing the gap, as it finished just seven points behind Valdosta in the voting this week.

No. 3 North Georgia (13-2) fell to third this week after losing its first two games of the season, while Alabama Huntsville (6-0) and Hawaii Pacific (8-2) rounded out the top five in fourth and fifth, respectively.

A trio of unbeaten teams moved into the rankings this week, led by Indianapolis who opened the season with a 6-0 weekend including wins over then No. 6 Wayne State (MI) and No. 19 Arkansas-Monticello. Also joining the fray in the second regular season edition of the poll was Winona St. (4-0) at No. 11 and Flagler (16-0) at No. 22.

Making their respective exits from the poll were last week’s No. 21 Armstrong Atlantic, No. 24 Mesa St. and No. 25 Emporia St.