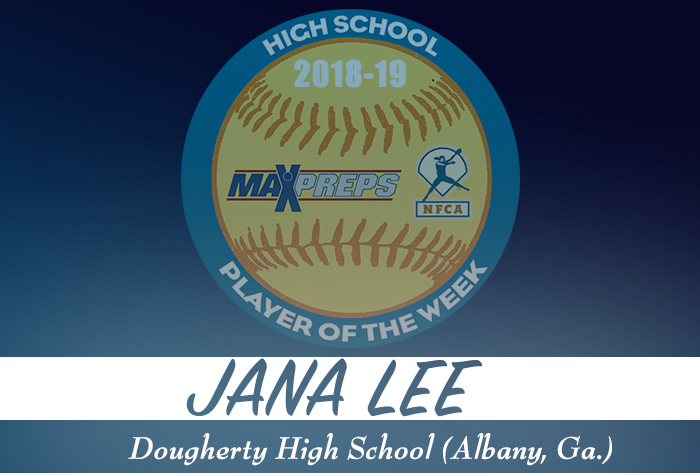 LOUISVILLE, Ky. – Jana Lee of Dougherty High School (Albany, Ga.) was named MaxPreps/NFCA National High School Player of the Week for her outstanding play during the week of Sept. 24-30.

Lee was responsible for all 27 outs as she tossed two no-hitters in victories over Early County and Monroe. The sophomore hurler fanned 12 of 14 batters faced in an 11-0 shutout of the Bobcats. She also helped herself out at the plate, going 3-for-4 with a double and four RBI. Against Monroe, Lee sat down all 15 batters in a five-inning triumph. The double-digit strikeout games brought her season total to ten with the 15 punchouts tying for the third highest total of the season.