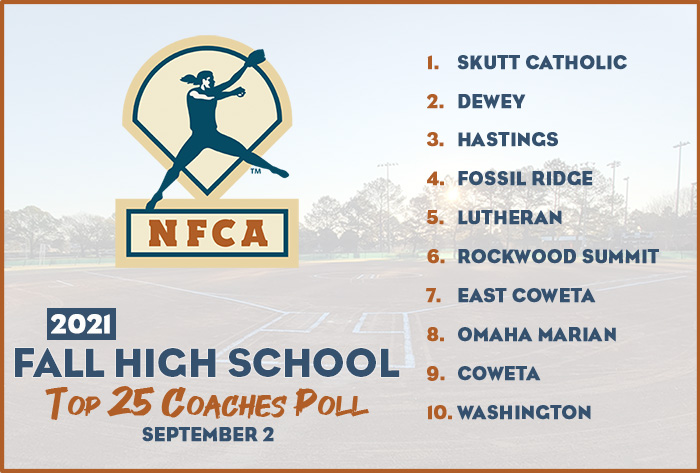 Meanwhile, Nebraska’s Skutt Catholic remained perfect, adding five more victories to its ledger to stay firmly in the No. 1 position for a second straight week. The (7-0) Skyhawks scored three wins on Saturday alone, by a combined score of 28-1.

In all, there are seven undefeated teams in the poll this week, and seven more with just one loss.