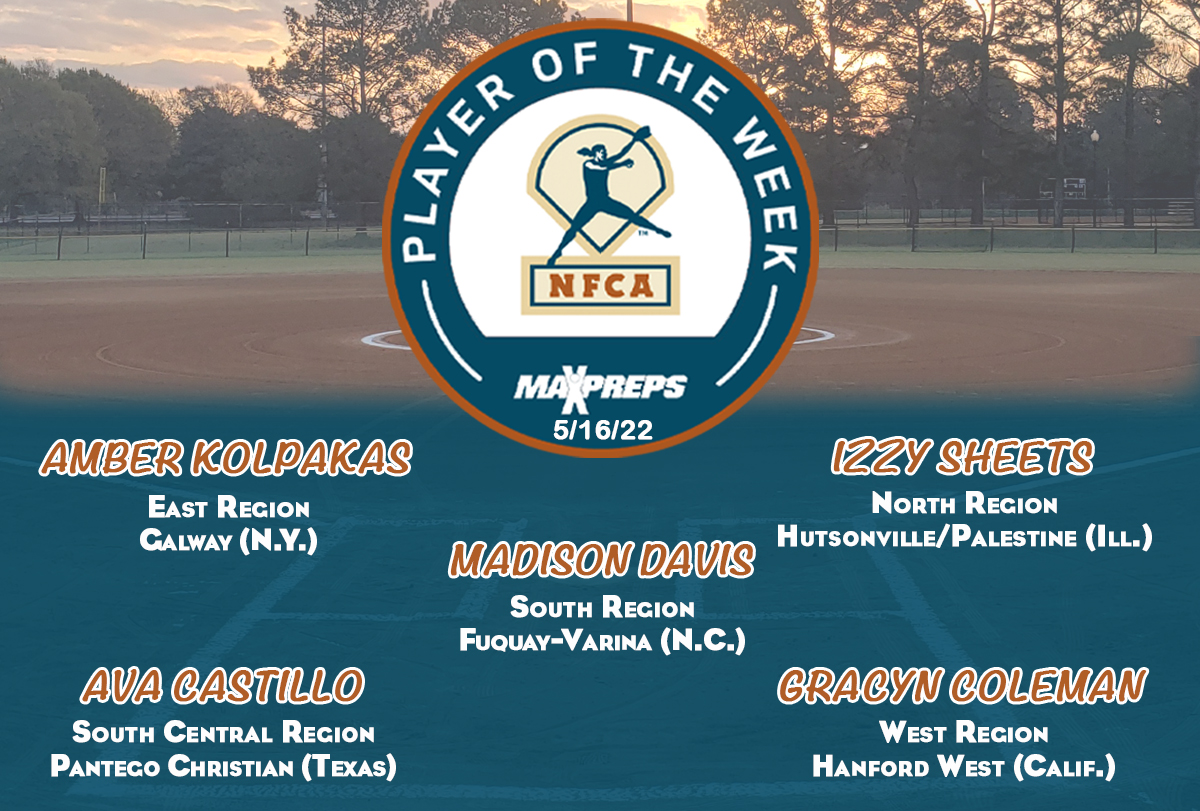 Kolpakas went 3-0 in the circle with 25 strikeouts, just one walk, 11 hits and eight runs (none earned) over 19 innings. She fanned at least seven in all three contests, including nine twice. In those two high-strikeout games, she allowed just two hits each. Kolpakas also helped herself at the plate with a .454 average, four runs, a double, triple, homer and four RBI.

Sheets fanned 40 batters and allowed just three hits, no runs and three walks over 20 innings of action. She reached double digits in strikeouts in all three games, with 14 in a one-hitter against Paris, 11 in a no-hitter versus Wayne City and a week-best 15 in an eight-inning, two-hitter against Oblong. Sheets also drove in seven runs with a double and homer, and had a .625 average.

Davis pitched the Bengals to a pair of victories, and improved to 13-1 for the season. She struck out seven and allowed one hit over four innings in a 13-0 rout of Northern Durham, then fanned eight and allowed five hits and an unearned run two days later against Wakefield.

Castillo was a perfect 7-for-7 at the plate over two games against Trinity Christian, with six runs, two doubles, a triple, two homers and nine RBI. All three of her hits in the first matchup went for extra bases, including two homers, and then she doubled and tripled among her four hits in the second meeting.

Coleman reached base in all 10 plate appearances, with six hits, three walks and one hit by pitch. She was a perfect 6-for-6, with six runs, three doubles, two homers and nine RBI. In a game against Dinuba, she homered twice and drove in seven runs.