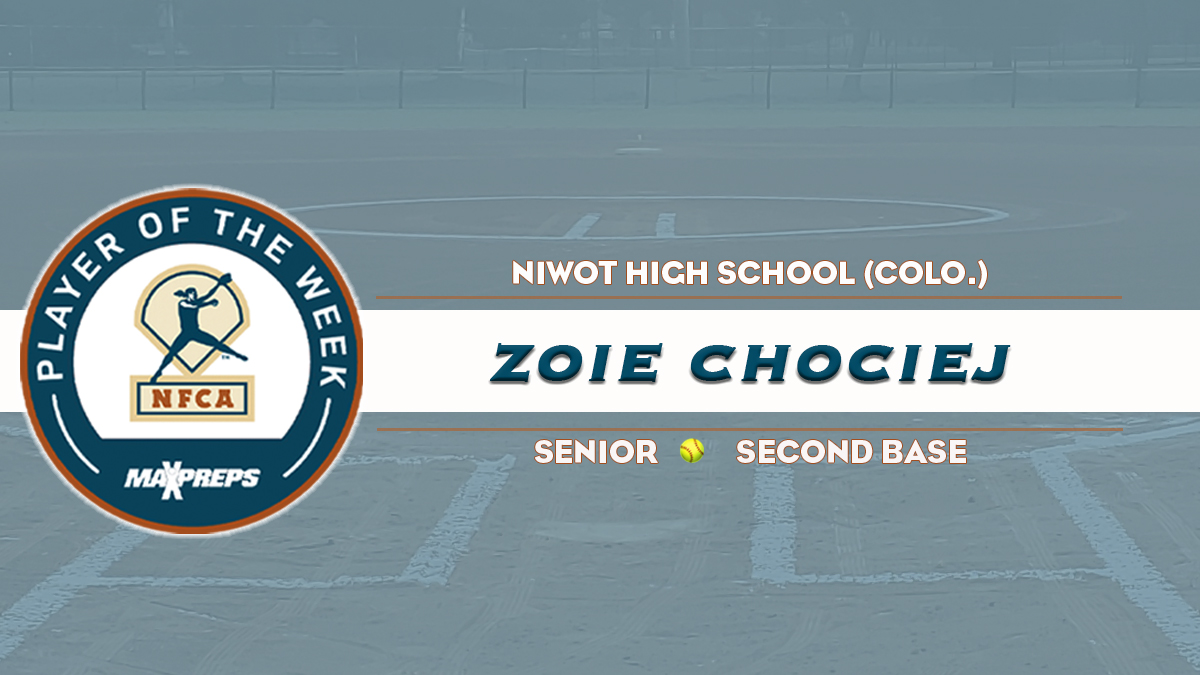 LOUISVILLE, Ky. –  Zoie Chociej  of Niwot (Colo.) High School captured the first MaxPreps/NFCA High School Player of the Week for the 2022 fall season. Chociej is being recognized for her outstanding performance during the week of Aug. 15-21.

Chociej was a perfect 10-for-10 in the first three games of her senior campaign. She opened her account going 2-for-2 with a home run and drove in all three of her team’s runs against Frederick. Chociej  (4-fo-4) launched two more long balls, added a double and registered four RBI against Skyline. She capped off the week with her second straight 4-for-4 outing with a double, two RBI and three runs scored. For the week, Chociej posted three homers, two doubles, nine RBI, six runs and a 3.100 OPS.

The NFCA (National Fastpitch Coaches Association) is the professional organization for fastpitch softball coaches. Known for its highly-regarded high school and collegiate weekly player & pitcher of the week awards, the NFCA also educates and supports softball coaches on a variety of different levels: from podcasts to awards, to in-person events and National Convention.