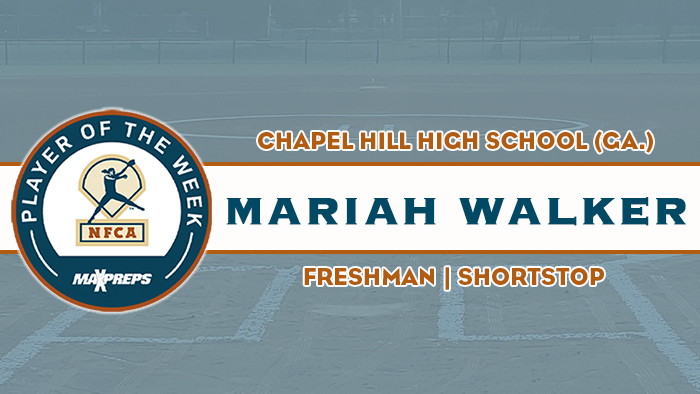 LOUISVILLE, Ky. –  Chapel Hill High School’s (Douglasville, Ga.) Mariah Walker was named 2022 MaxPreps/NFCA Fall High School Player of the Week. Walker is being recognized for her outstanding performance during the week of Sept. 5-11.

Walker keyed the Panthers to a pair of doubleheader sweeps, reaching base safely 11 times in 12 plate appearances (6-for-7, four walks, .909 OBP) with nine RBI, 10 runs scored and four stolen bases. She registered three triples, a home run and a 2.142 slugging percentage. Walker went 2-for-2 with a triple and three runs scored in game one against Jackson High School (four RBI) and both contests versus Mays High School. She connected on her first home run of the season in the final game of the week against Mays.