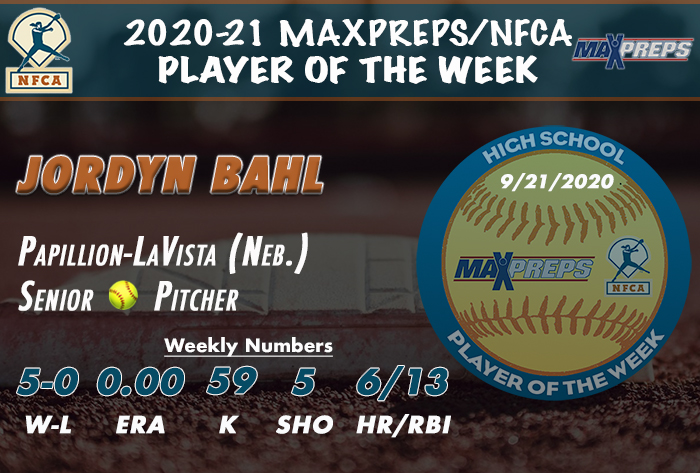 Behind a strong arm and powerful bat, Bahl powered Papillion-LaVista, the No. 1 program in the NFCA’s Fall High School Top 25 Coaches Poll, to a 6-0 week and a Monarch Invitational title. The senior hurler went 5-0 with a 0.00 ERA and

Bahl reached double-digit strikeouts in her final four starts. She fanned a week-high 14 in consecutive two-hit shutouts of Marian and Millard South, while sending 11 of 13 batters back to the dugout in a four-inning win over Papillion LaVista South. Bahl tacked on 13 more punchouts in her final outing, a two-hit blanking of Lincoln Southwest. At the plate, she homered in five contests, two of which came against Papillion LaVista South. Bahl matched a season high with four RBI in a week-opening win against Elkhorn South.