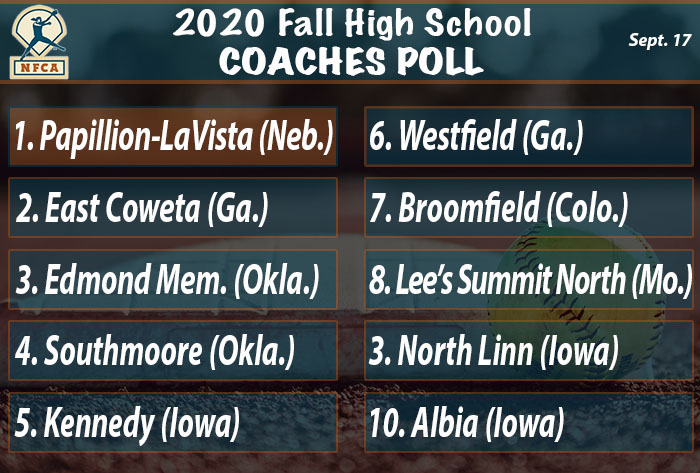 LOUISVILLE, Ky. — Four more wins apiece kept Nebraska’s Papillion-LaVista and Georgia’s East Coweta in the top two spots, but there was a lot of jostling underneath them in the 2020 NFCA Fall High School Top 25 Coaches Poll.

Reigning state champion Papillion-LaVista (18-0) continued to add to its state record with a quartet of lopsided wins, including an 8-0 shutout of No. 25 Omaha Marian on Saturday. The Monarchs have now won 54 straight games, and outscored their opponents 38-1 over the last week alone.

The same teams comprise the top five this week, but Oklahoma schools Edmond Memorial (21-1) and Southmoore (18-1) swapped the third and fourth positions, with Iowa 5A state champion Kennedy (26-1) remaining at No. 5.