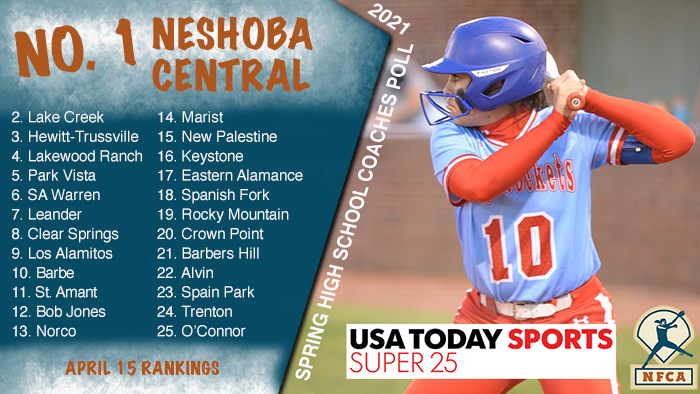 The (18-0) Rockets scorched the scoreboard for 48 runs over the past week, while only allowing five, and are back in action today with a game against Holmes County Central.

The rest of the top 10 also kept rolling, collecting 17 wins combined. No. 4 Lakewood Ranch (19-2) and seventh-ranked Leander (29-0) led the way with three victories apiece. In fact, none of teams in an unchanged first 15 lost.

Speaking of teams on a roll, three undefeated squads joined the rankings this week. Ohio’s Keystone (11-0), which won the 1,000th game in its program’s storied history, is the new No. 16 team, while Utah’s Spanish Fork (17-0) and Idaho’s Rocky Mountain (14-0) check in at 18th and 19th, respectively.