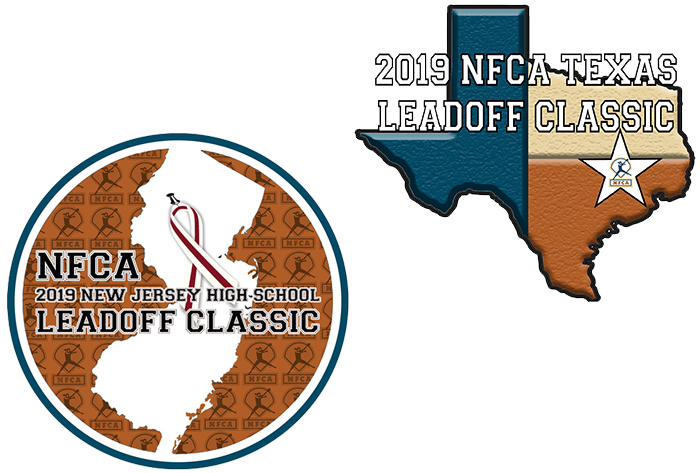 LOUISVILLE, Ky. — NFCA high school members will soon have a Leadoff Classic to call their own — actually two — with the announcement of tournaments in New Jersey and Texas in 2019.

The NFCA is partnering with Bryan High School head coach Enrique Luna for the 23rd edition of his wildly-popular Bryan-College Station Tournament — which will now be known as the NFCA Texas Leadoff — on Feb. 14-16. The Association is also teaming with another longtime member, St. Mary’s High head coach Joelle Della Volpe, for the inaugural NFCA New Jersey High School Leadoff on April 5-7, which honors the memory of late Immaculate Heart Academy head coach Anthony LaRezza.

“A special thank you to NFCA member Joelle Della Volpe for presenting the idea of a high school tournament. The NFCA proudly serves fastpitch coaches at all levels.”

Meanwhile, collaborating with longtime NFCA member Luna on his well-established tournament in Texas was a no-brainer.

“We are pleased to announce that we have joined forces to rebrand the Bryan-College Station Tournament and kick off the season with the NFCA,” Luna said. “We are very excited for this venture, and look forward to sharing the great programs here in our state with a national stage.”

Ninety teams are expected to compete in the Texas event — up from 80 in 2018 — making it the biggest ever for the tournament and the state. According to Kindra Fry, the president and CEO of local tourism group Experience Bryan College Station, last season’s event generated $1 million in economic impact for the area.

LaRezza’s death in 2016 inspired Della Volpe to push for a New Jersey high school tournament that he himself had talked about for some time. She first got to know LaRezza at age 12, when she joined his travel ball team, and Della Volpe later coached alongside him after returning home from college.

“I’m grateful to be a part of an organization that values their longtime members and their contribution to the sport we all love,” Della Volpe said. “The High School Leadoff Classic was a dream of Anthony’s, and, with the help of the NFCA, we made his dream a reality.”

Sixteen teams will compete in the first edition of the New Jersey Leadoff, which will be played at Roberto Clemente Fields.