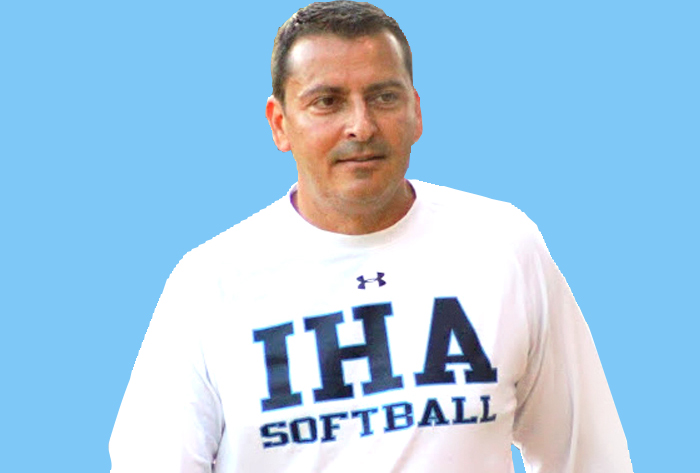 LOUISVILLE, Ky. — The NFCA was saddened and stunned to hear that longtime Immaculate Heart (N.J.) Academy softball coach Anthony LaRezza had died Thursday morning due to complications from cancer treatment.

It was LaRezza’s second battle with the disease. He had recently turned 50.

His Immaculate Heart squad has been among the most successful high school programs in the nation, winning a New Jersey-record 10 state championships, numerous county titles and making 18 tournament appearances.

Three of those state titles came under LaRezza, including last year’s squad, which went 31-3 to finish ranked 15th nationally in the USA Today Sports/NFCA High School Super 25 and garner him and assistant coaches Diana Fasano and Ali Bryan recognition as the NFCA East Region High School Coaching Staff of the Year. His 2012 team went 32-0 en route to the state championship and the Blue Eagles also won the state crown under his direction in 2009.

"We're deeply saddened at his passing, it came completely unexpectedly,” Immaculate Heart Athletic Director John Downey told NJ Advance Media. “He was such a tremendous person for the community, he's probably one of the most technical coaches I've ever met and seen. The kids loved him. He was so great for the community."

After one season as coach at nearby Montclair Kimberly, LaRezza returned to Immaculate Heart in 2005, where he had served since 1998 as an assistant to Jeff Horohonich, the winningest coach in Bergen County history, who had led the Blue Eagles to their first seven state titles.

LaRezza himself ranks 20th on the North Jersey coaching wins list with 338 and guided Immaculate Heart to four Bergen County crowns, including three straight from 2011-13.

In addition to being an active member of the NFCA since 2003, LaRezza, a longtime Newark firefighter, was also a seasoned coach and administrator with local travel ball teams, including many years with the NJ Pride. Most recently, LaRezza was the president of the Akadema Elite Fastpitch program.

LaRezza was also known for hosting an annual softball tournament and for never missing a chance to mention a current or former player’s birthday on Twitter. And he had an uncanny knack for being successful with squeeze plays.

Just nine days before his death, LaRezza announced on his Twitter account that Immaculate Heart would be playing in a Coaches vs. Cancer event on April 30, with a pledge that the program would donate one dollar to pediatric cancer research for each retweet.

Family and friends will be received for calling hours from 2-8 p.m. on Feb. 8 at Biondi Funeral Home in Nutley, N.J. LaRezza's funeral Mass will be celebrated at 10:30 a.m. on Feb. 9 at St. Francis Xavier Church in Newark, followed by interment at Glendale Cemetary in Bloomfield, N.J.