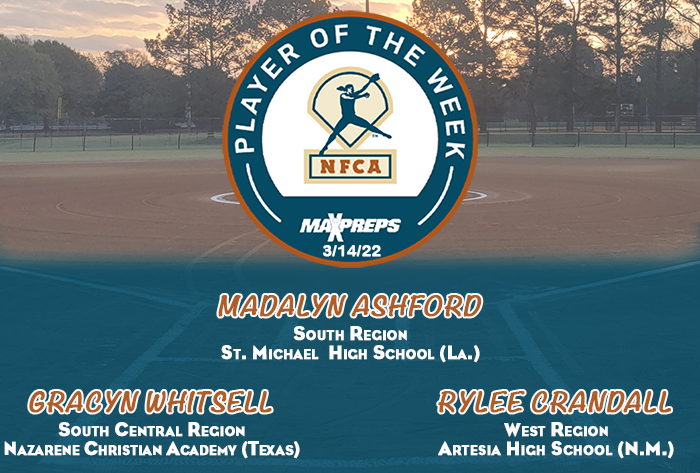 Ashford hit .846 (11-for-13) with three doubles, four triples, five RBI and 11 runs scored. She slugged 1.692, drew three walks and posted a .882 on-base percentage. Ashford opened the week with a 5-for-5 outing in which she tripled three times and scored three runs. The freshman shortstop continued her hot start to the week with a 4-for-4 showing against Episcopal, scoring four times and driving in four runs with two doubles and a triple. Ashford added four more runs scored and a double versus Tara.

Whitsell was a perfect 7-for-7 at the dish with two doubles, a triple, home run, 10 RBI and four runs scored. Going 4-for-4 against Burton Adventist Academy, she drove in six with a double and triple and scored twice. Whitsell (3-for-3) added a double, long ball and four RBI against Newman International Academy.