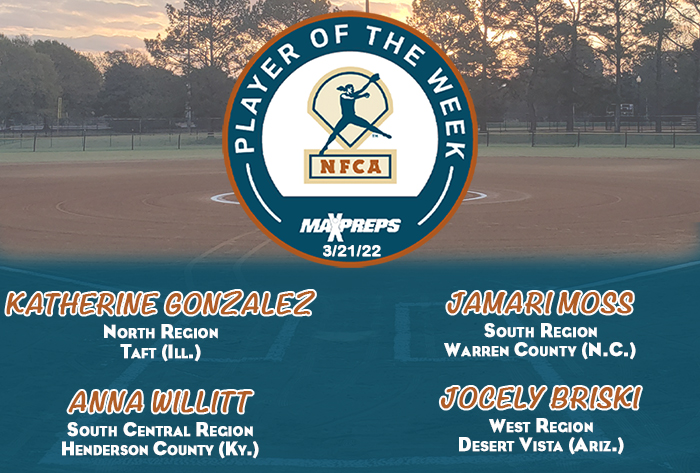 Willett had a big opening week for the Colonials, recording seven hits in seven at bats with four doubles, a home run, nine RBI and four runs scored. She opened with a 4-for-4 outing with three doubles, three RBI and three runs scored. Willet added three more hits with a double, long ball and six RBI against Hancock County. In the two games, she slugged 2.000 and recorded a 3.000 OPS.

Briski twirled a perfect game striking out 19 batters in a 1-0 victory over Mountain View. She followed that up with a five-hit shutout of Queen Creek in which she fanned 13 and walked one. In the 5-0 victory, Briski also was 2-for-2 at the plate with a double, home run, three RBI and two runs scored. For the week, she struck out 32, issued one walk and held her opposition to a .104 batting average.