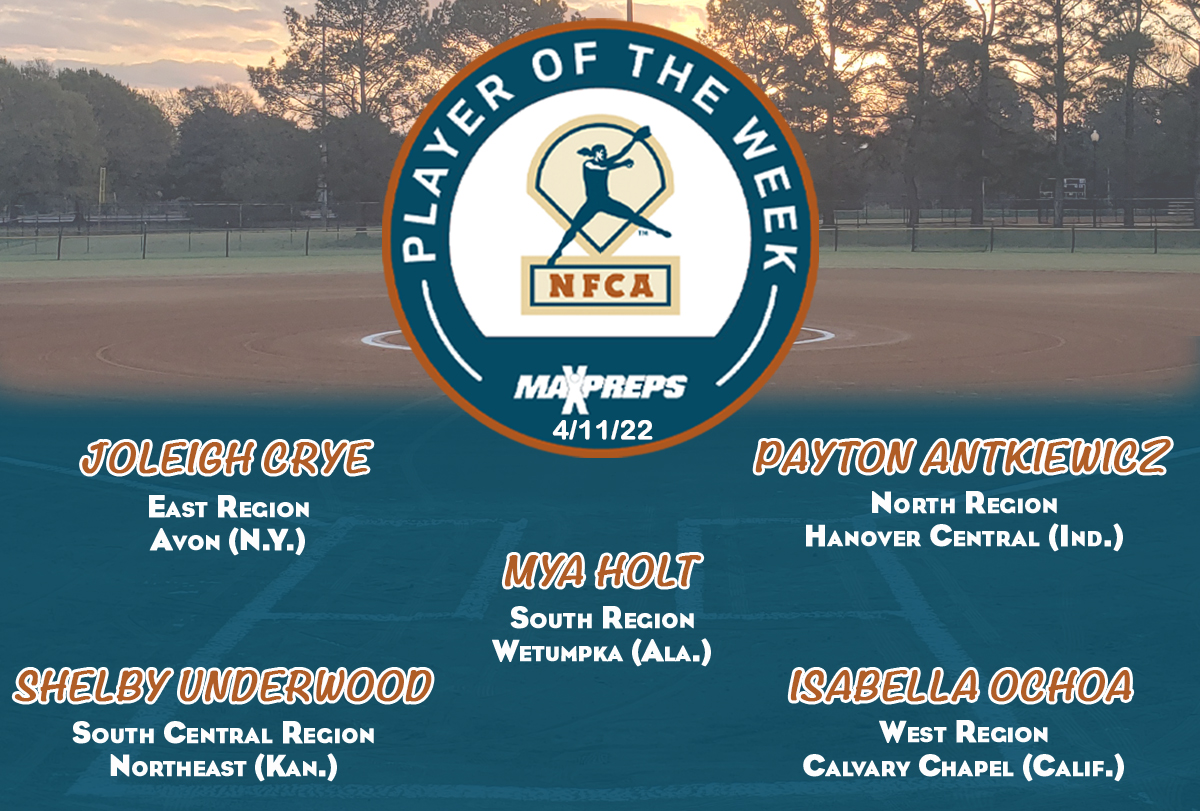 Crye did it on both sides of the field for the Braves, fanning 25 over two games in the circle and batting .667 at the plate. She struck out 10 in a four-inning no-hitter against Geneseo and 15 the following day against Le Roy. She allowed just three hits and walked one in her second appearance. Meanwhile, she was 2-for-3 on offense in both games.

Antkiewicz opened her season with a pair of wins, fanning 17 batters over six innings (two appearances), with two walks and just one hit allowed. She struck out 11 of the 16 batters she faced over four innings against Calumet New Tech and fanned six of seven batters against Lake Station Edison.

Holt was a perfect 8-for-8 at the plate with six runs, two doubles, three homers and 12 RBI for the week. She was 3-for-3 with two homers against Stanhope Elmore and 5-for-5 with seven RBI versus Central.

Underwood struck out 40 batters over 16 innings and three appearances. She hit double-digits in strikeouts in her first two games, including 20 batters over seven innings in a two-hitter in the second of two games against Uniontown. In the first game, she fanned 13 over six innings. In her other contest, Underwood struck out seven in three innings against Altoona-Midway.

Ochoa hit .700 for her three games, with 18 RBI, five triples and two homers. All five of her hits against Orangewood Academy were triples, while both of her homers came versus Samueli Academy. Ochoa also notched two victories in the circle, striking out 23 over 11.1 innings, walking two and yielding just four hits.