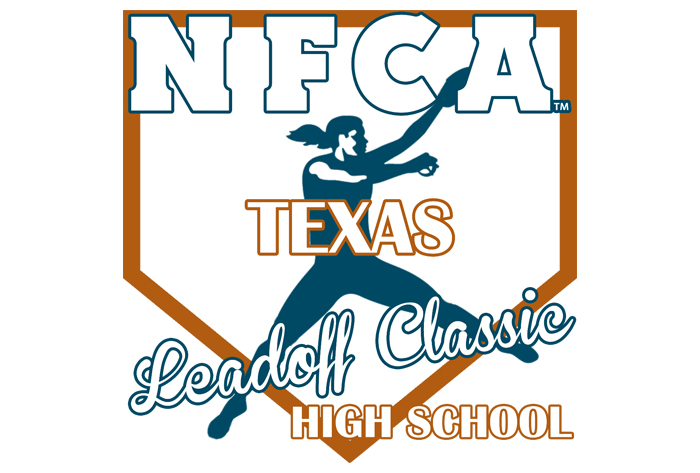 Louisville, Ky. — They say things are bigger in Texas, and this is certainly the case for the upcoming NFCA Texas High School Leadoff Classic, which is scheduled for Feb. 17-19 in the adjacent cities of Bryan and College Station, Texas.

The 2022 edition of the long-running Bryan-College Station Tournament, which was rebranded the NFCA Texas High School Leadoff Classic a few years ago through a partnership with the Association, will feature more than 100 teams and tournament organizer Enrique Luna, the veteran head coach at Bryan High School and also NFCA’s High School Board of Directors representative, could not be more jazzed.

"This year marks our biggest tournament ever," he said. "We are so excited to welcome 101 teams to join us here in Bryan-College Station, and it is our true honor to represent the NFCA as we kick off the 2022 Texas high school softball season."

Games in the bracket and round-robin divisions will be played at eight sites in the Bryan and College Station area. Nearly two-thirds of the squads (64) will participate in bracket play, while the other 37 teams will compete in round-robin format.

Luna's Bryan High is among the four high school hosts, along with Bryan's Rudder High. College Station schools A&M Consolidated and College Station High are the other two school locations.

Bryan Regional Athletic Complex, and Travis Midtown Park, also in Bryan, are two of the complexes involved in the event, while College Station sites Stephen C. Beachy Central Park and Veterans Park round out the game locations for the three-day tournament.