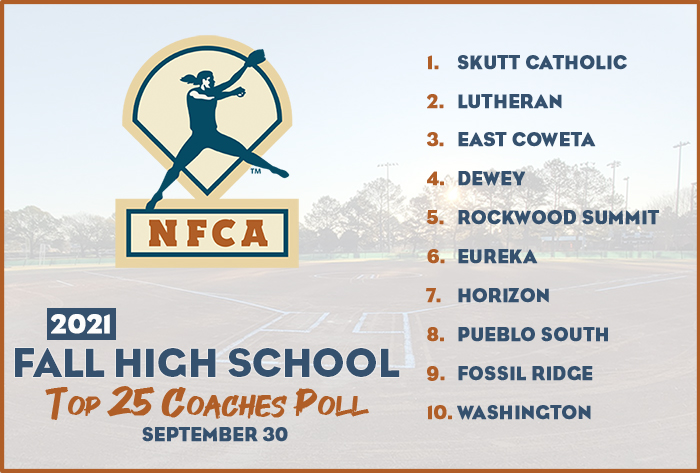 LOUISVILLE, Ky. — Six more wins kept Skutt Catholic rolling perfectly atop the NFCA Fall High School Top 25 Coaches Poll, but there was plenty of movement beneath them in the rankings this week.

The (22-0) Skyhawks maintained their strong hold on the No. 1 spot, with wins over Mercy/Brownell-Talbott (last Thursday) and North Star, Fremont and Grand Island (all three Saturday), plus lopsided shutouts over Elkhorn South and Duchesne/Roncalli earlier this week. Skutt returns to action later today at home against Waverly.

Eureka (18-1) has kept rolling after beating fifth-ranked Rockwood Summit in a walkoff two weeks ago, while Pueblo South (17-1) has now won 15 straight and outscored opponents 179-25 this year.