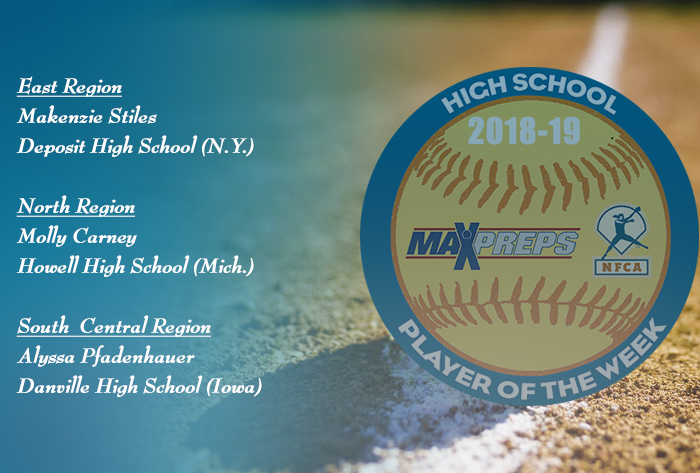 East Region
In a 6-1 win over Eldred, Stiles struck out 17 in a complete-game performance. She allowed a run on three hits and did not walk a batter. Stiles also helped herself out offensively, going 2-for-3 with a double and three RBI.

North Region
Carney posted a 3-0 mark and a 0.00 ERA last week. She twirled a pair of shutouts and struck out 33 over 21 innings of work. She tossed a two-hit shutout with 16 punchouts and no walks in a  4-0 win over St. Joseph. Carney followed that up with a five-hit blanking of Gull Lake with nine strikeouts in a 1-0 triumph.