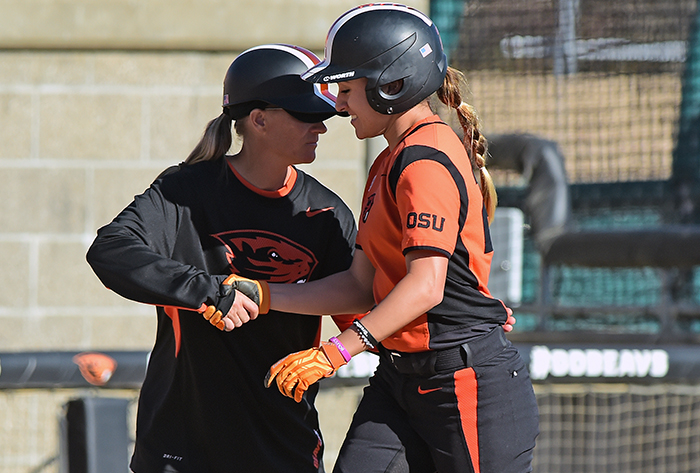 OKLAHOMA CITY – The Amateur Softball Association (ASA) of America and USA Softball announced that four-time Olympian and Oregon State head coach Laura Berg has been selected as the head coach for the 2017 USA Softball Junior Women’s National Team (JWNT) that will compete at the World Baseball Softball Confederation (WBSC) Junior Women’s World Championship (JWWC) in July of 2017 in Clearwater, Fla.

“I’m very excited to lead the Junior Women’s National Team and honored to once again wear the Red, White and Blue,” said Berg.  “I’m looking forward to working with a special group of young athletes that will have an unforgettable experience as we defend Team USA’s Gold Medal finish at the 2015 WBSC JWWC.  Go USA!”

Berg, USA Softball’s only four-time Olympian, recently finished her fourth season as an assistant coach with the USA Softball Women’s National Team.  As a member of the coaching staff, Berg helped lead the Red, White and Blue to three Gold Medal finishes at the World Cup of Softball, two WBSC World Championship Silver Medals and a Silver at the Toronto 2015 Pan American Games.  Berg also has previous experience with the JWNT program as an Assistant Coach for the 2013 JWNT that earned a Silver Medal at the 2013 WBSC JWWC in Brampton, Ontario, Canada.

As a player on the USA Women’s National Team, Berg is one of four women who hold three Olympic Gold Medals.  Considered to be one of the greatest outfielders to ever play the game, Berg helped the United States to a Gold Medal at the 1996, 2000 and 2004 Olympic Games and also holds an Olympic Silver Medal from the 2008 Beijing Olympics. In addition to competing in four Olympic Games, Berg also played in four WBSC World Championships, and three Pan American Championships, all of which were Gold Medal finishes.

Berg is currently in her fourth season as the Head Coach at Oregon State University. Prior to her duties at Oregon State, she spent time as an Assistant Coach at her alma mater, Fresno State.

In addition to Berg’s selection as the Head Coach for the 2017 JWNT, the complete coaching staff has also been selected.  Joining Berg as Assistant Coaches are Trisha Ford (Fremont, Calif./head coach at Fresno State), Kristie Fox (San Diego, Calif./head coach at UT- Arlington), and John Rittman (Valencia, Calif./Softball Consultant).  Athletes for the 2017 USA Softball JWNT will be selected at a later date following a National Team Selection Camp.

For all of the latest information on all of the USA Softball National Teams visit www.ASAUSASoftball.com