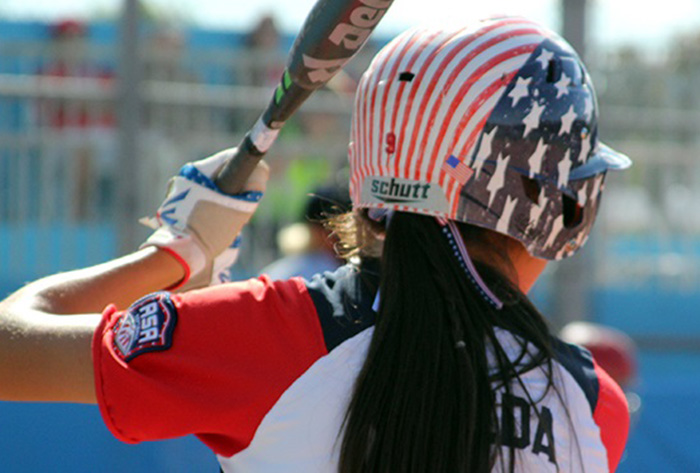 OGAKI, Gifu, Japan  — Fresh off a silver medal performance at the Toronto 2015 Pan American Games, the USA Softball Women's National Team landed in Ogaki City, Japan for the 2015 Japan Cup the Amateur Softball Association (ASA)/USA Softball announced today.  Team USA will participate in an exhibition game and practices before taking on Australia on Friday, August 7 at 3 p.m. JST (1 a.m. CST) in their first game of the Japan Cup.

Beginning on Friday, Team USA will join Australia, Chinese Taipei and Japan for the 2015 Japan Cup, a three-day tournament held in Ogaki City, Japan.  This year marks the first time since 2010 that the Japan Cup has been held, with Team USA defeating host country Japan 5-0 in the Championship Game in the 2010 tournament.  Team USA kicks off the Japan Cup on August 7 with their 3 p.m. JST (1 a.m. CST) game against Australia.   The Eagles will continue play on August 8 against Japan at 3 p.m. JST (1 a.m. CST) immediately followed by a 6 p.m. JST (4 a.m. CST) contest against Chinese Taipei.  On August 9, the teams with the second a third best records will play in the Bronze Medal game at 11:30 a.m. JST (9:30 p.m. August 8 CST) while the Gold Medal Game between the No. 1 and No. 2 seed will take place at 2 p.m. JST (12 a.m. CST).

.  Fans at home can follow along with recaps and more at ASAUSASoftball.com