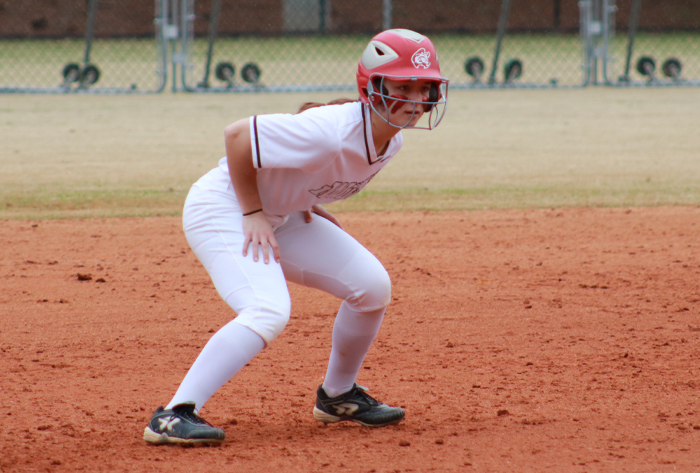 COLUMBUS, Ga. – The first day of the 2022 NFCA NAIA Leadoff Classic was highlighted by eight one-run contests and late-inning heroics as 21 teams took to the field on Friday at the South Commons Softball Complex. RV Coastal Georgia, No 8 Indiana Wesleyan, No. 15 Freed-Hardeman, RV Mobile, RV Rio Grande and Thomas each posted perfect 2-0 starts.

Behind five RBI by MacKenzie Kagee (3-4, 2 2B), the Mariners (12-1) rolled to an 8-3 victory over Kentucky Christian in their opener. Coastal Georgia tallied three in the first and four more in the fourth. The Knights, led offensively by Katelyn Pavey (2-3, 2 RBI) scored single runs in the fifth, sixth and seventh innings. The Mariners scored two in the first inning and received a three-hit shutout from Reagan Thomas in a 2-0 triumph over RV Taylor University. Thomas fanned three and walked one.

The eighth-ranked Wildcats (3-1) launched three long balls in a 7-4 victory over Bryan. A pair of solo home runs by Trinity Medina and Miranda Wehrle staked IWU to a 2-0 lead. Bryan countered with three runs in the bottom of the fifth. Wehrle connected once again, this time a three-run shot putting the Wildcats back on top 5-3. They tacked on two more in the seventh.

Freed-Hardeman (8-0) captured victories over Brenau and RV IU Southeast. Following an 8-1 victory, the Lions blanked IU Southeast 4-0 in their nightcap. Chloe Winters twirled a five-hit shutout, striking out six and walking two. Four different Lions drove in runs, including Cassie Hayes, who homered in the fourth.

The Night Hawks earned a 2-1 eight-inning victory over Evangel and followed with a 6-2 triumph over RV Taylor. With the score knotted at 1-1, Corryne Diaz connected on a walk-off RBI single to center. After falling behind 2-0 in the third, Thomas scored six unanswered runs to improve to 4-5. Adreanna Killingsworth tied the game with a two-run double in the fourth and made it 5-2 with a two-run long ball in the sixth. She finished 3-for-3 with four RBI and a run scored. Annmarie Mcafee also homered for the Nigh Hawks.

Mobile (7-0) remained undefeated with 9-0 and 2-1 victories over Kentucky Christian and Aquinas, respectively. In its tournament opener, the Rams registered 11 hits over five innings. Caitlynn McRee was 2-for-3 with a double and three RBI and Kaylee Pullin finished 2-for-2 with two runs scored. Emily Butt allowed a leadoff single, the only one she allowed the rest of the way, with three strikeouts and two walks. Mobile scored twice in the first and held on for the one-run win over the Saints.

The RedStorm knocked off No. 16 William Carey, 3-2, and RV Truett McConnell. Rio Grande answered an early first-inning run with two of its own in the bottom half of the first and never relinquished the lead.  The RedStorm overcame their second straight 1-0 deficit by answering with three runs in the bottom of the first. After the Bears cut it to 3-2 in the fourth, Caitlyn Brisker broke the game open with a bottom-of-the-fourth grand slam.

Nine teams – Ave Maria, Brenau, Bryan, Campbellsville, Cumberlands, Georgia Gwinnett, IU Southeast, Reinhardt and William Carey – finished the day 1-1. Bryan bounced back from a 7-4 defeat to Indiana Wesleyan with a 4-1 triumph over Evangel, seeing the Lions using a four-run fifth to erase a 1-0 deficit and come out victorious. Megan Stone was 2-for-3 with two double and a run for the Valor, while Shannon White (4 H, 4 K, 0 BB) went the distance for the Lions.

After suffering a tough 4-3 loss to No. 16 Georgia Gwinnett, the Gyrenes used a seven-run third to defeat Aquinas, 11-5. Maggie Hampton paced Ave Maria, going 4-for-5 with a triple, four runs scored a three RBI. In the contest with the 16th-ranked Grizzlies, Cassie Hayes, who entered as a pinch-hitter in the fifth, roped a two-run walk-off double, lifting Georgia Gwinnett to the win over Ave Maria.

Brenau rallied from a 5-3 deficit by scoring three runs in the bottom of the fifth to edge Lawrence Tech, 6-5. After the Blue Devils grabbed a 5-3 lead in the top half of the fifth, a two-run base knock by Carley Cox put the Tigers in the lead for good.

In a battle of top-20 programs, Campbellsville’s Sam McKeen belted a two-out, three-run homer in the top of the seventh to elevate the Tigers over the Grizzlies, 3-2.

No. 22 Cumberlands (10-3) split a pair of one-run affairs, edging Truett McConnell, 2-1 and dropping a 1-0 contest to No. 16 William & Carey. In the win, Katie Cheeseman’s sac fly in the top of seventh broke a 1-1 deadlock. In the nightcap, Morgan Radford and Haley Nations went toe-to-toe in a pitcher’s duel, each striking out nine batters and allowing three hits. Nations came out the victor when Aleigha Walden won it with a walk-off sac fly in the eighth.

IU Southeast opened its tournament with a 4-2 win against Lawrence Tech. After a run in the second, an RBI single by Rebecca Brosmer followed by a two-run single by Ellie Jackman pushed the Grenadiers to a 4-0 lead in the fourth. IUS held off a Blue Devil seventh-inning rally. After Lawrence Tech scored twice, Meghan Waggoner struck out her eighth batter of the game and induced a grounder to end it.