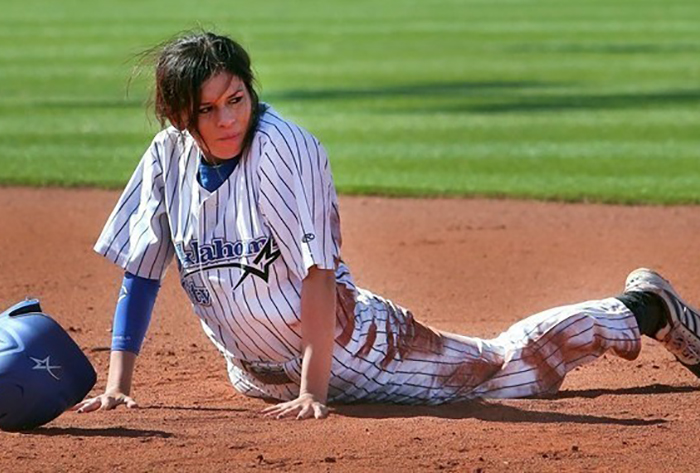 KANSAS CITY, Mo. — Defending national champion Oklahoma City will begin the 2017 campaign in the same position it ended last year – at No. 1. The Stars hold the No. 1 ranking in the NAIA Softball Coaches’ Preseason Top 25 Poll, announced by the national office. The top billing is the eighth-straight overall for Oklahoma City dating back to the middle of the 2016 season. The first regular-season Top 25 will be announced Tuesday, March 21.

• The unanimous pick with all 19 first-place votes, Oklahoma City landed 529 total points. The Stars have been ranked No. 1 in 16 of the previous 20 polls dating back to the 2015 first regular-season edition.
• The Stars capped their 2016 season by winning their ninth overall national championship on June 2 against Saint Xavier (Ill.) by a 5-0 score.
• Oklahoma City recorded a 67-3 mark last year, marking the fourth-straight year with at least 50 wins.
• The Stars begin their season Feb. 10 at the Cowtown Classic in Fort Worth, Texas.
• Second-ranked and national runner-up Saint Xavier gathered 529 points. The Cougars competed in their first-ever NAIA Softball World Series title game last year.
• No. 3 Southeastern (Fla.) and No. 4 St. Gregory’s (Okla.) both moved up one spot from the 2016 postseason edition.
• No. 5 Williams Baptist (Ark.) rounds out the top five. The Eagles hold their highest ranking since the 2014 Preseason Top 25 edition when they were fourth.
• No. 8 Lindsey Wilson (Ky.) enjoys the most positive movement within the ranking with a four-spot hike.
• Two newcomers – No. 17 Grand View (Iowa) and No. 25 San Diego Christian (Calif.) – check in to the Top 25. Both clubs were ranked multiple times during the 2016 season.
• Eighteen of the 19 conferences are represented in the poll. Seven leagues send the most representatives with two apiece.
• Oklahoma City leads all active schools with 122-straight rankings, falling no lower than 18th during that stretch, which goes back to the start of the 2004 season. William Carey (Miss.) is second with 85-consecutive mentions. Next in line for consecutive streaks is St. Gregory’s (Okla.) at 49-straight and Lindsey Wilson (Ky.) at 46.
• Former member California Baptist tops the charts of most all-time No. 1 mentions with 46. Oklahoma City is second all-time with 36, followed by former member Concordia (Calif.) with 24, former member Simon Fraser (B.C.) with 18 and Thomas (Ga.) with 13.
• In 10 polls last year, there were 41 different ranked teams.

Poll Methodology
• The poll was voted upon by a panel of head coaches representing each of the conferences and the Association of Independent Institutions.
• The Top 25 is determined by a points system based on how each voter ranks the best teams. A team receives 30 points for each first-place vote, 29 for second-place and so on through the list.
• The highest and lowest ranking for each team (a non-rating is considered a low ratings) is removed and the team’s ranking will be recalculated with an additional point added to each team for every ballot (including discounted ballots) that the teams appears on.
• Teams that receive only one point in the ballot are not considered “receiving votes”
• Frequency of polls occur bi-weekly. This policy was approved by the National Administrative Council (NAC) for the 2016-17 academic season. This change will allow raters the opportunity to consider a larger body of work in between rating periods.
• For the complete calendar of 2016 Top 25 Polls, click here

Dropped from rankings: No. 3 Auburn Montgomery (Ala.); No. 24 Arizona Christian.