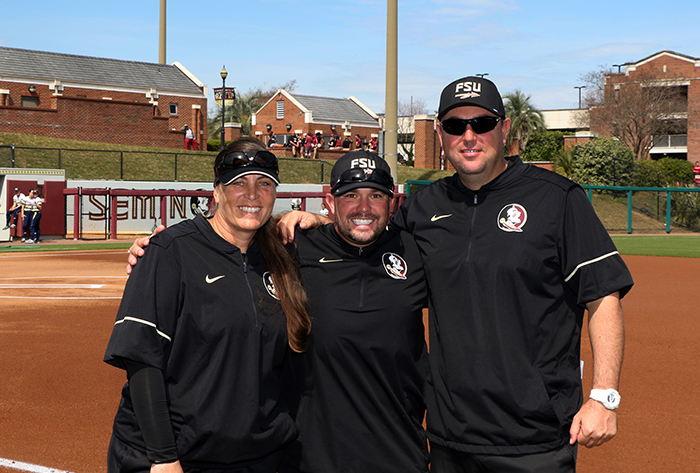 LOUISVILLE, Ky. –National champion Florida State University was voted by its peers as the NFCA’s 2018 NCAA Division I National Coaching Staff of the Year, announced the Association on Wednesday morning.

Head coach Lonni Alameda, assistant coaches Travis Wilson and Craig Snider, along with director of operations Antonio Santiago, guided the Seminoles to their first NCAA Division I national title. As the No. 6 seed, FSU became just the third program to lose its first game and battle through the loser’s bracket to win the WCWS.

During the postseason, the Noles stayed alive with six straight elimination-game victories. FSU fell to LSU in game one of the Super Regionals, but bounced back with two wins over the Tigers to earn its third WCWS berth in five seasons. In Oklahoma City, the Seminoles fell to UCLA in their WCWS opener, but rattled off six straight wins to win the title. In elimination games, Florida State defeated Georgia, No. 1 overall seed Oregon and the Bruins twice. FSU swept Washington, who entered the WCWS Championship Series undefeated in eight postseason games, by the scores of 1-0 and 8-3

Alameda has led FSU to six straight ACC regular season titles and five consecutive ACC Tournament championships and six overall. Under her leadership, the Noles won 58 games, a season-best under Alameda, in 2018 and 483 during her ten seasons in the dugout.