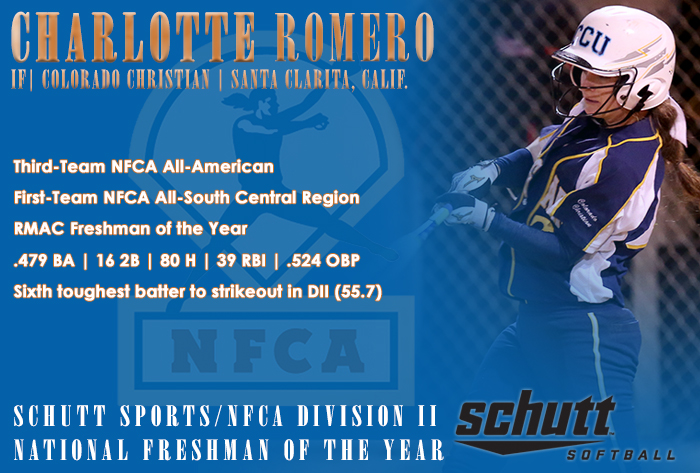 A third-team NFCA All-American and first-team All-South Central Region selection, Romero finished her rookie campaign leading the Rocky Mountain Athletic Conference by batting .479 and recording 80 hits, while ranking third with 16 doubles. The RMAC Freshman of the Year also knocked in 39 runs, scored 35 and recorded a team-best .524 on-base percentage. Romero, a native of Santa Clarita, Calif., was one of the toughest players to strikeout in Division II, fanning just three times or once every 55.7 at bats (167 AB), ranking sixth in the Division II.

Behind the collaboration between the NFCA and its Division II Head Coaches Committee, the award was created in 2015 to honor the outstanding athletic achievement among freshmen softball student-athletes throughout Division II. Romero is the second recipient of this award, joining inaugural winner Janessa Bassett of Dixie State.