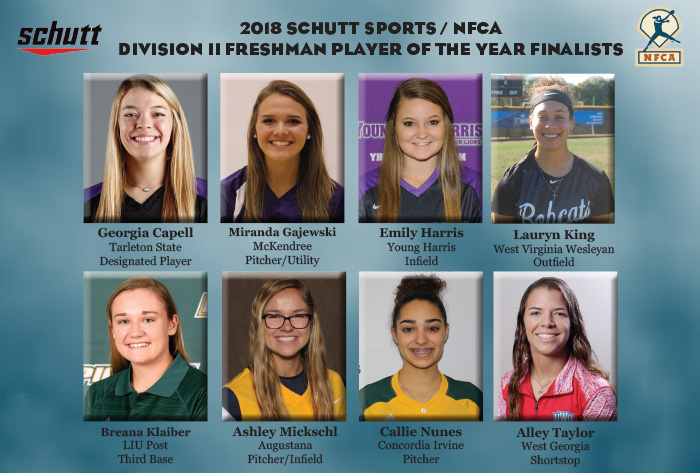 LOUISVILLE, Ky. – Eight finalists have been selected for the 2018 Schutt Sports / NFCA Division II National Freshman of the Year. There is one finalist from each of the eight regions and the winner will be announced on Wednesday, May 23 at the NCAA Division II Softball Championship Banquet in Salem, Va.

Seven of the eight finalists are representing their programs for the first time. LIU Post’s Breana Klaiber is the second Pioneer to garner recognition.

The award was created in 2015 to honor the outstanding athletic achievement among freshmen softball student-athletes throughout NCAA Division II. Dixie State’s Janessa Bassett was the inaugural recipient and Colorado Christian’s Charlotte Romero earned the honor in 2016.