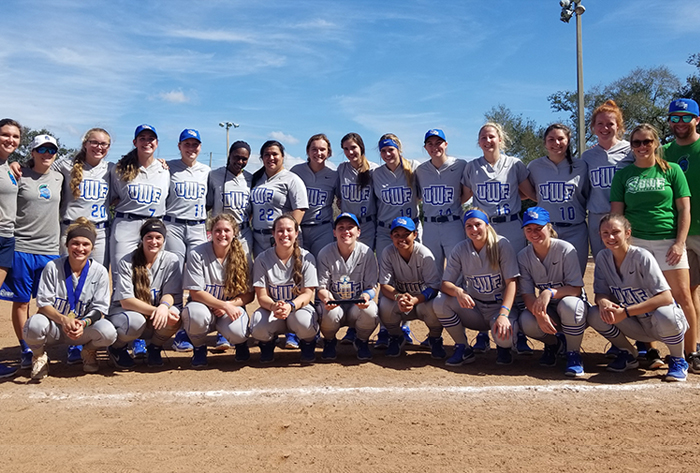 CLEARWATER, Fla. — Florida Tech capped off a perfect 2019 NFCA Division II Leadoff Classic with a 3-1 victory over No. 19 Lenoir-Rhyne to claim the Leadoff title. The Panthers concluded the tournament with a 5-0 mark to improve to 7-2 on the year.

The Panthers outscored their opposition 23-5, recording shutouts against West Florida (1-0) and California (Pa.) (8-0). Sunday, Florida Tech broke a scoreless deadlock with two runs in the bottom half of the fifth and added an insurance run in the sixth. The Bears spoiled the shutout, courtesy of Mackensi Swain’s solo homer in the top of the seventh. Tina Velazquez earned the win in relief to improve to 6-1.

Five teams finished 4-1, with West Florida coming home with the runner-up trophy through the run differential. Joining the Argos were No. 22 Valdosta State, Tampa, No. 3 North Georgia and Harding.

The Argos posted an 8-3 win over No. 8 West Chester to give them three triumphs over nationally-ranked programs. The Spartans scored single runs in the fifth and sixth innings to edge the Blazers, 2-1. The NightHawks defeated California, 6-0 and Harding snuck past Lee, 3-2.

The Sailfish, Muleriders, Tritons, Flames and the Warriors are left the Sunshine State with three victories.