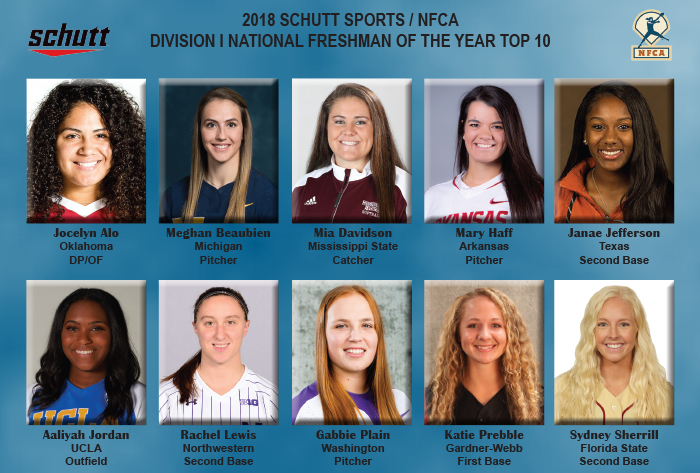 LOUISVILLE, Ky. – Ten finalists have been selected for the 2018 Schutt Sports/NFCA Division II National Player of the Year award. The winner will be announced following the conclusion of the 2018 season.

This group of student-athletes is represented by eight different programs and eight conferences. All ten selections are on the list for the first time with North Georgia and Southern Arkansas leading the way with two nods apiece.

It marks the fourth straight season a student-athlete from North Georgia has been named to the list and the second time a pair of NightHawks (Kylee Smith, Amber Johns) garnered top-10 distinction. Along with having a pair of honorees, Lady Mulerider (Victoria Taylor, Brooke Goad) student-athletes have reached this stage of the award for the first time.

The 2018 Schutt Sports/NFCA Division II National Player of the Year revealed on June 4.

The award was created in 2015 to honor the outstanding athletic achievement among softball student-athletes throughout Division II. North Georgia’s Courtney Poole was the inaugural winner of the award.